The Kenya Premier League Team of The Week Revealed

By YoboNews (self media writer) | 21 days ago

Three days after the end of matchweek 1, the team of the week has been revealed. The best performing teams on the weekend have the lion's share.

The best goalkeeper went to Ulinzi Stars' shot stopper Saruni who secured a clean sheet in their 1-0 win against Nzoia Sugar.

The best defenders are Kakamega Homeboyz Ambunya who helped his team beat Police FC 1-0, Kariobangi Sharks Skipper Olwande who led his teammates to a 1-0 win over Posta Rangers, AFC Leopards' Kipyegon who also ensured they didn't concede in their 1-0 over Tusker FC and the final name on the best defenders is Bandari's Siraj who also starred I their 3-0 win over Mathare United.

In the midfield, we have Nabwire partnering with Kakamega Homeboyz' Mudavadi. Also in the midfield are Sofapaka's Waithira who bagged a brace in their 3-1 win over Nairobi city stars and Bandari talisman Wyvonne Isusa who also scored twice in their big win over Mathare United.

Finally in the best 11 of the week is Gor Mahia's Benson Omalla who scored both the goals as they beat KCB 2-1 last Saturday. 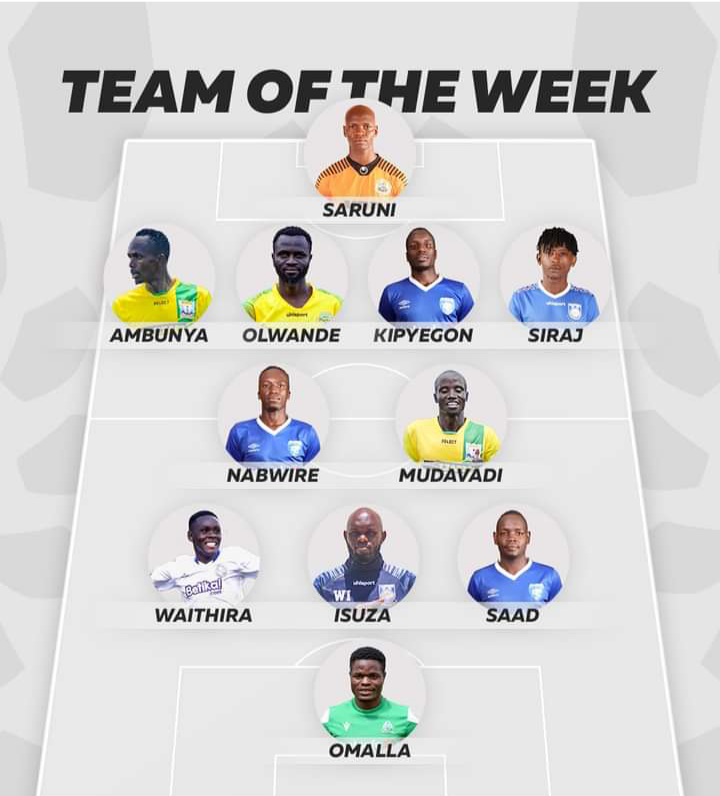