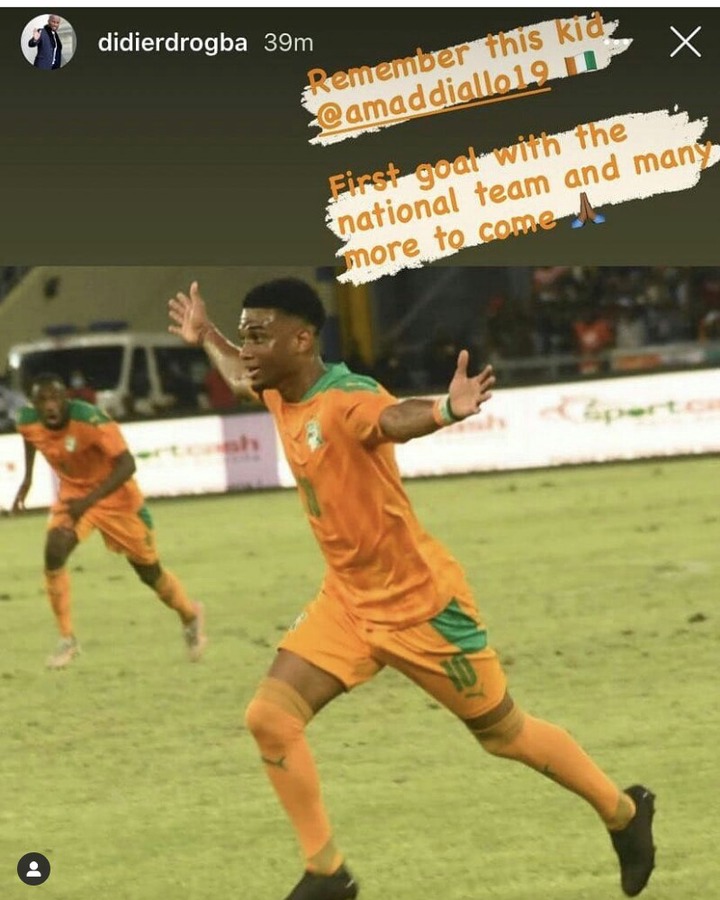 Didier Drogba who is a legend for the Ivory Coast team has acknowledged the efforts that Diallo put in their Game against Burkina Faso where he scored a direct freeckick and the winning goal for the Elephants.

Ivory coast are looking on to regain their lost glory in African Championship and Amad Diallo might be the New Didier Drogba to lead them back to Glory.Diallo scored his first senior Team Goal against Ac Milan for Manchester United in UEfa Europa cup competition. He has now scored his first National team goal in his first time in international Duty.That predicts a great future ahead for the youngster.

Amad Diallo has shown great skills on the ball,great speed and amazing Treachery that can be likened to Algerian Star Riyad Mahrez.His movement and ability to drive deep make him a lethal weapon for opposition teams to handle.Ole Gunnar Solskajaer has already given him senior debut and fans will be looking to seeing him on the pitch more regularly.