These are the top ten highest paid coaches in the year 2021.These are coaches whose tactical approach and success are considered lethal.They are also the most successful in the world of football. 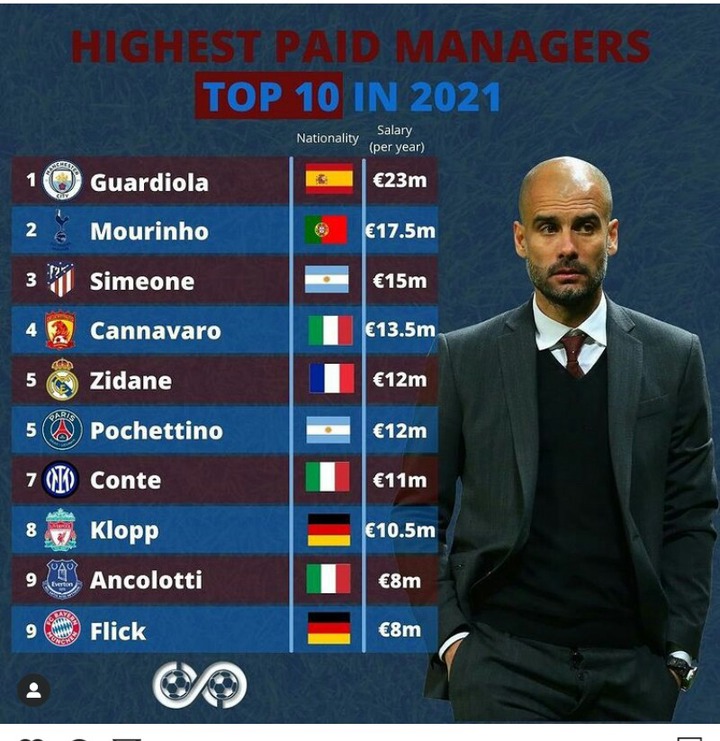 Pep Guardiola of Manchester City is the highest paid Earning up to 23 million Euros per year.He is considered the most successful coach in the morden world of football.

Jose Mourinho former coach of Tottenham Hotspurs was second with a net pay!Kent of 17.5 million Euros.Athletics Madrid's Coach Diego Simione is third earning up to Fifteen million Euros in a year.