There five major European leagues which have the most following in the world, the English premier league which is probably the most followed, the Spainish Laliga, German Bundesliga, France ligue one and Italy serie A.

The five leagues are currently in a break because of the ongoing world cup in Qatar. The leagues will resume resume once the world cup final is played and the winner is found.

After matchday sixteen, Manchester City was leading with 38 points, Liverpool came second with 37 points, Chelsea with 36 points and West Ham with 28 points.

Arsenal are currently on top of the table with 37 points, Manchester City are second placed with 32 points, Newcastle with 30 points and Tottenham with 28 points. 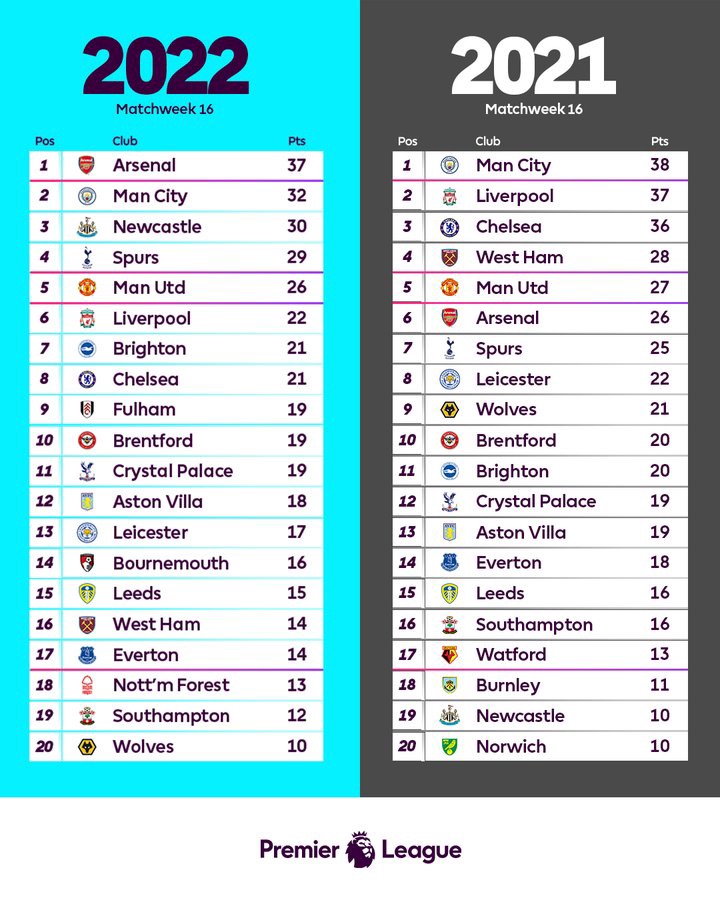