By Jepkoech (self media writer) | 4 months ago 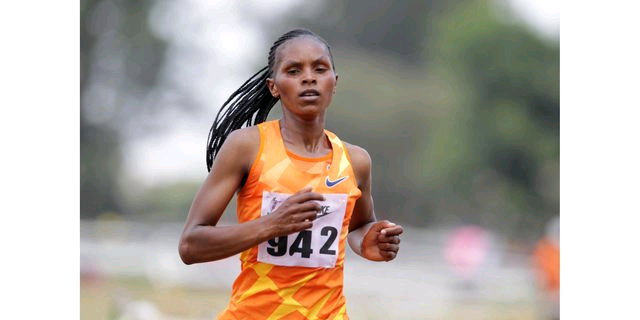 Korir also said that the race will give AK a chance to select a team for the Memorial Agnes Tirop Cross Country Tour.

“I want to encourage fans to come in large numbers and watch athletes competing for top honours because this year we have changed the venue to North Rift region. We did this in 2019 and we had large representation and I know it will be an interesting race," said Korir.

Fireworks are expected on Saturday during the National Cross Country Championships in Lobo Village in Eldoret, Uasin Gishu County.

The race will see 13 regions and three discipline forces battle it out for the top honours.

The race will pave way for the Memorial Agnes Tirop Cross Country Tour in Lobo Village in Eldoret, Uasin Gishu County on February 12.

The race, which is part of the World Cross Country Tour and the only one in Africa, is the 14th event in the tour and will feature some top athletes

During the Athletics Kenya Central Rift Regional Cross Country Championships two weeks ago, athletes had a feel of the course which will be used on Saturday and in next month's global event.

The course will see athletes encounter a hill barrier after the start before getting into a 10m water spray barrier at the 1km mark.

The local organizing committee revealed there are final touches on the course which will be ready in the next few days.

Uproar as Kenyan Athletes Are Locked Out of Canadian Marathon