By SportsAnchor (self media writer) | 7 days ago

Latest rumors suggest that Spurs have made a gentleman’s agreement of words with Harry Kane over a new contract. The tenure extension of the England talisman has spurred a lot of words online particularly fans of clubs that were interested in Signing him. According to Chelsea fans, Kane agreeing to pen a new contract with Spurs shows the lack of commitment in the club’s management to sharpen their blunt offense.

“I am more that delighted to hear that Kane has given his word with regard to extending his contract. He has been scoring insane amount of goals for this club and I think the least we can offer him is security for his future. Winning has not been a problem at this club but claiming a trophy has and I hope to change that soon,” remarked Antonio Conte. 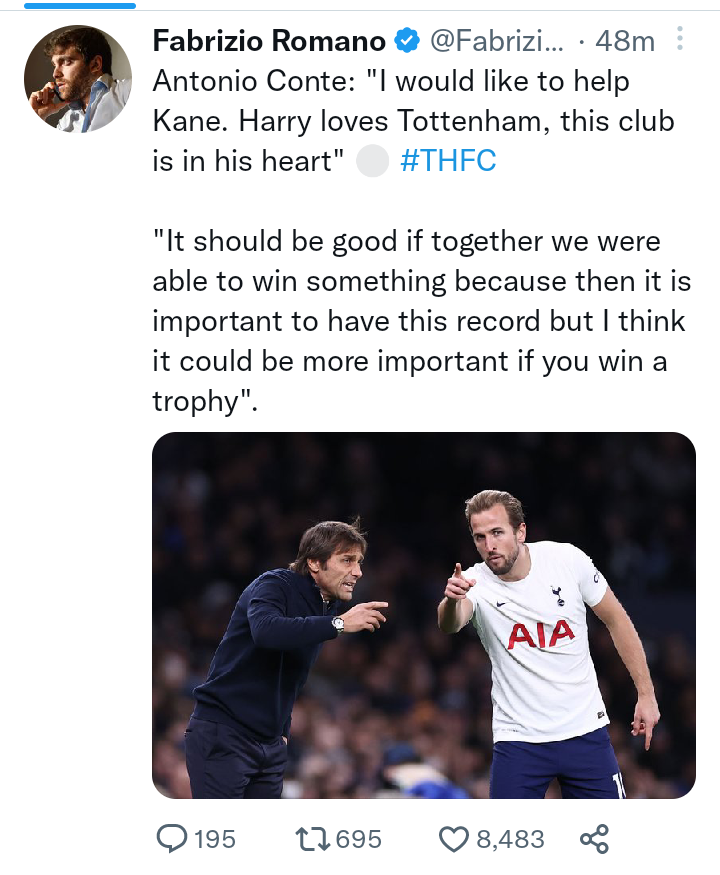 Screenshot: Antonio Conte has said that he will be aiming to win a trophy with Harry Kane

Kane has been on the wish-list of many EPL Clubs and beyond for years now but Daniel Levy’s stubbornness to keep the striker has made it difficult for the striker to move on. Of all the offers that have been made for him, Manchester City came closest two summers ago but like the rest, their efforts proved to be in vain. Even Chelsea would have suffered the same fate if they tried harder. 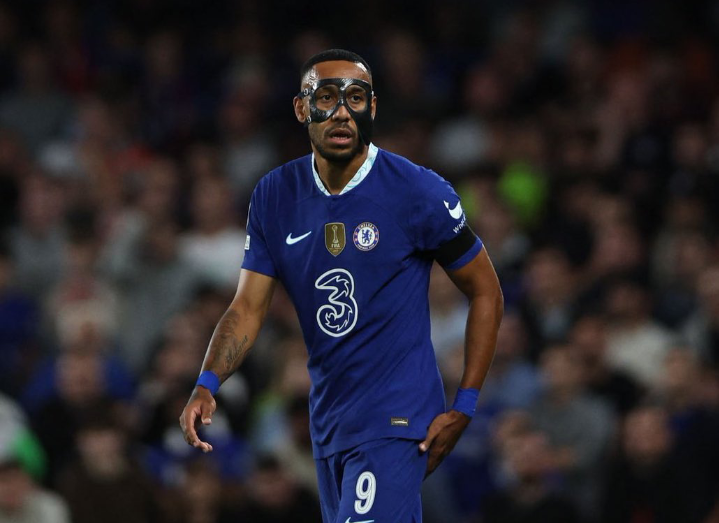 Aubameyang has not been on his best element since joining Chelsea. (Image: Courtesy of Google)

Chelsea have a lot of attackers at the moment but those slated for the center forward position have been insipid to say the least. Potter definitely needs a goal machine in that role so that Chelsea can once more revive their hopes of finishing within the European spots. Kane should definitely be their one-stop shop in the summer if by then he will not have committed his future to Spurs. 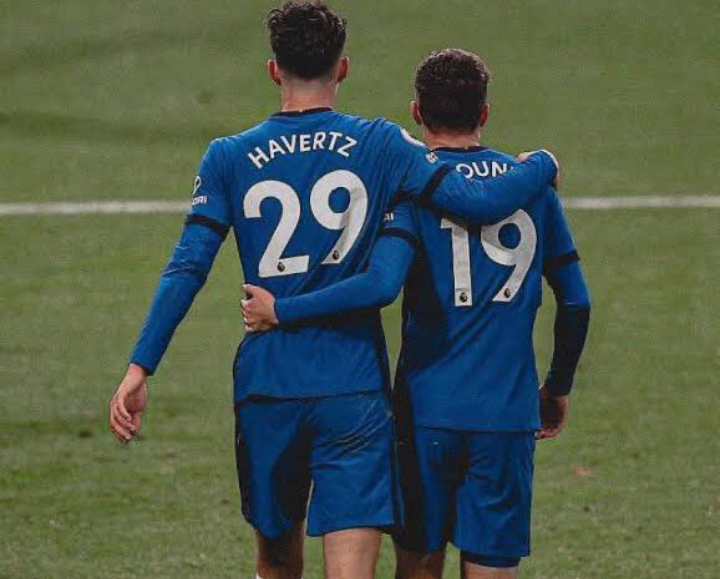 Chelsea could sharpen their offense by signing Harry Kane this summer. (Image: Courtesy of Google)

Spurs’ trophyless drought has stretched for more than 60 years and if recent league results are anything to go by, are miles off from ending that run. Kane needs to be more ambitious and take a risk like Van Persie who was as prolific as him at Arsenal but eventually looked out for himself and joined Manchester United. The rest is history.