By Footballwizzardjerry (self meida writer) | 27 days 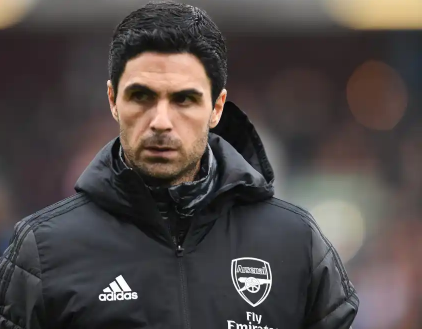 Despite bringing in five new signings this summer transfer window, Arsenal have endured a distratous start to their 2021/2022 Premeir league campaign after succumbing to two consecutive defeats in their opening two league matches, without managing to score a single goal.

The Gunners were humbled 2-0 by Brentford in their PL opener and followed it up with a devastating defeat to London rivals Chelsea with the same scoreline on Sunday which leaves them languishing 19th in the table with 0 points.

Mikel Arteta and co main objective this campaign is to finish in the top four in the PL and considering they will not be participating in any European competitions this campaign, clearly indicates they would have enough time to prepare for their league matches as well as they will boost a good squad depth that can be rotated to limit injury concerns. Hence if they put their card rights would guarantee them fruitful performances in the league.

Can the Mikel Arteta led side manage to bounce back to winning ways and get their campaign back on track? Check out their next 5 PL fixtures that would determine their fate; 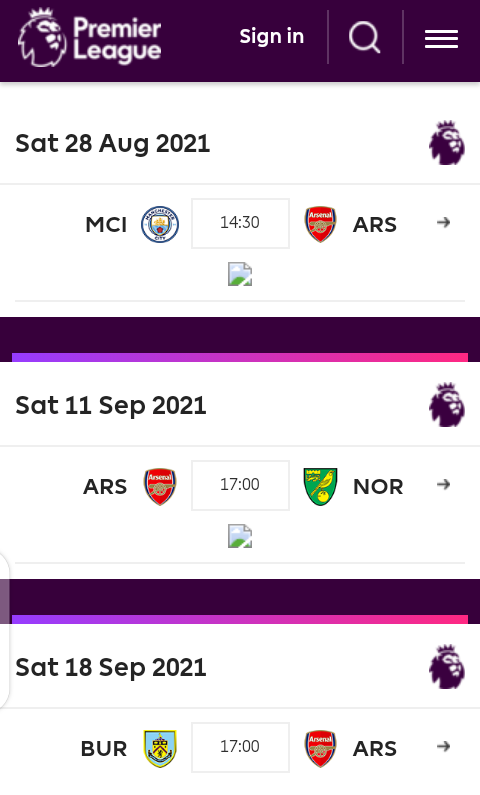 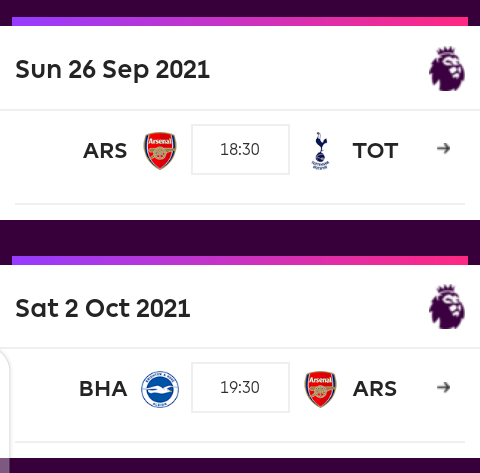 The North Londoners will kick off their Carabao cup campaign on Wednesday when they take on Second tier outfit Westbrom before they visit Etihad for a blockbuster clash against reigning champions Manchester City on Saturday after which they will face off against Newly Promoted Norwich(H), Burnley(A), Tottenham(H) and Brighton(A).

Arsenal will face off against two members of the "big six" in their next 5 PL fixtures including Manchester City who completed a league double over them last season and bitter rivals Tottenham who are enjoying stunning form, with two wins in two assignments in the PL this season. Considering the Gunners current poor form this encounter's will be difficult and Arsenal should be at their A game to earn points from these matches.