Robertson Extends His Stay at Anfield 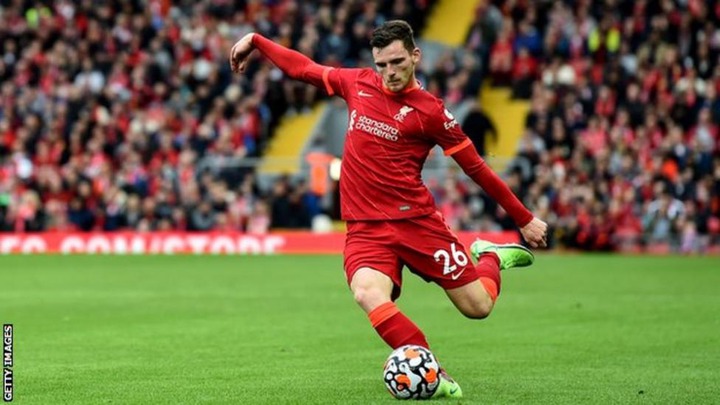 Robertson the red defender has decided to extend his tay at liverpool upto 2026 this is following his extension of the players contact as he sat with the club owners to sign his contract.

Robertson joins the anfield defenders in extending his contract and stay at anfield as stated in his twitter account page. 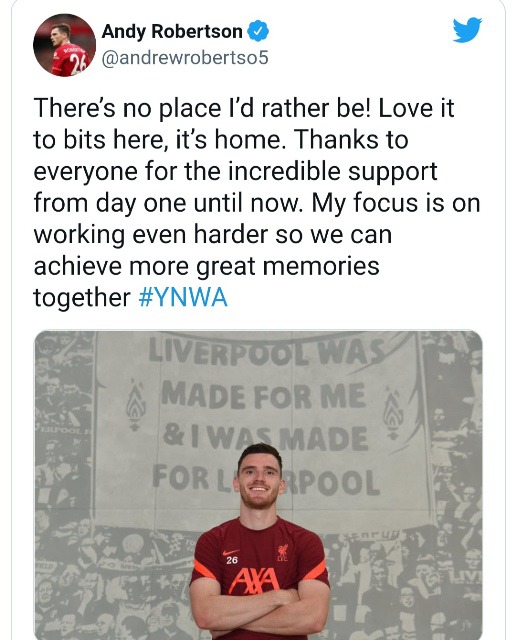 "I want to stay at this club for as long as possible," said Robertson.

"It's always a happy time for me, for my family. We're settled here, we love everything about this football club and I'm glad that the journey is continuing." As andrew robertson stated.

His start to this seasonhas been slow since he got injured suring the atletico bilbao game. 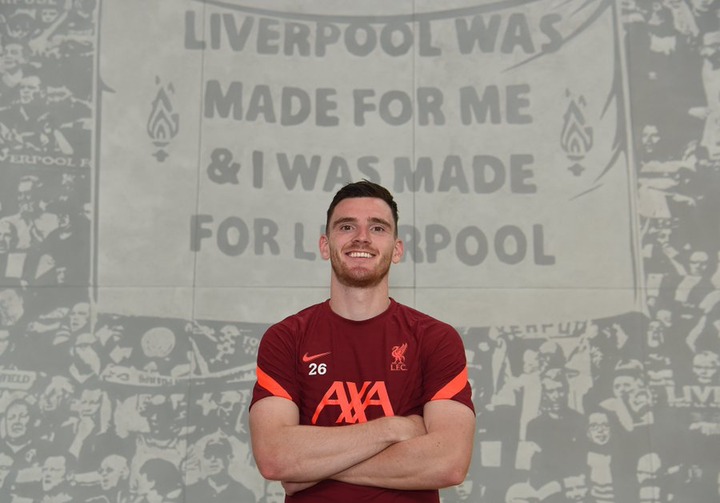 It has resulted in him missing Liverpool's first two games of the Premier League season, which have seen Jurgen Klopp's side beat Norwich City and Burnley.