By Flavian (self media writer) | 4 months ago 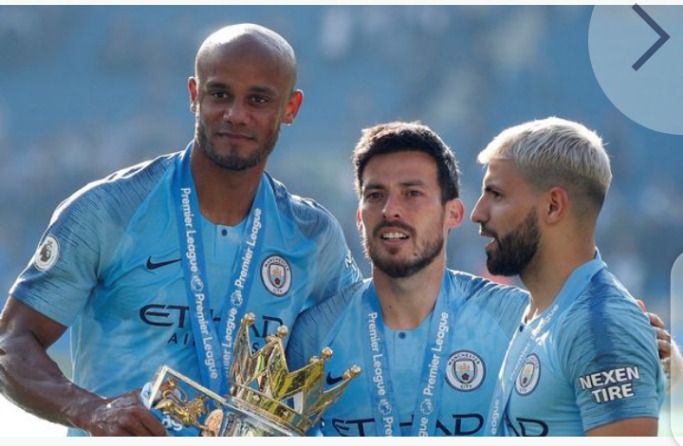 Manchester City will this week honour club legends Vincent Kompany and David Silva by unveiling statues of the pair ahead of their clash with Arsenal. City chairman Khaldoon Al Mubarak was instrumental in the decision to pay a lasting tribute to players who have helped transform the Blues into serial winners over the last decade.

City chairman Khaldoon Al Mubarak was instrumental in the decision to pay a lasting tribute to players who have helped transform the Blues into serial winners over the last decade.

A third statue of record goalscorer Sergio Aguero has also been commissioned following the Argentine's departure from the Etihad earlier this summer. But fans will get their first view of the sculptures carved to capture Kompany and Silva in all their glory before Pep Guardiola's champions meet the Gunners at Saturday lunchtime.

Both players are understood to be thrilled with the pieces, which will be situated outside. Etihad's East Stand. Kompany, 35 years old , the inspirational captain who lifted four Premier League titles after joining the club in a bargain £6million deal from Hamburg on the eve of the Abu Dhab takeover in 2008, became manager of Anderlecht in 2019. Silva, also 35 years old, has spent the last year playing in La Liga for Real Sociedad after playing in the same four title-winning teams as Kompany.

The pair were also part of the side that lifted the FA Cup in 2011 to end City's 35-year wait for a trophy.

Content created and supplied by: Flavian (via Opera News )