A 'U' turn for the Real Madrid and Belgian international, Eden Hazard on his summer move, revealed.

By LaurenceNgeno (self media writer) | 8 months ago

Eden Hazard has been a great success to each team he plays for but this is yet to come true at real Madrid. The player has been hit with several injuries forcing out for nearly two thirds of the club games. The club has however not publicly shown any regrets about the signing despite ever growing disappointments from the fans. The player is really yet to show his top quality as he did at Chelsea. 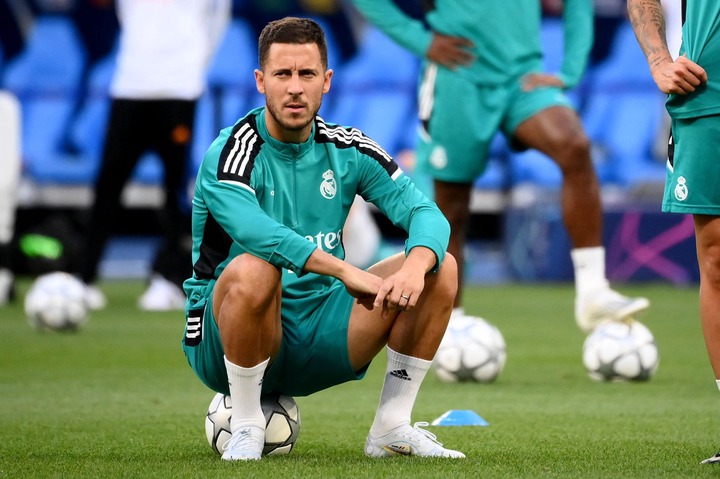 The latest circulating rumors had that the Belgian play maker was to make a return to London this summer. Chelsea supporters have been calling for his return all over the social spaces. The west London club has however not responded to this calls but has been highlighting the rumors in there official website. The sanctions currently imposed to the club by the UK government does not allow for any player transfers by the club. 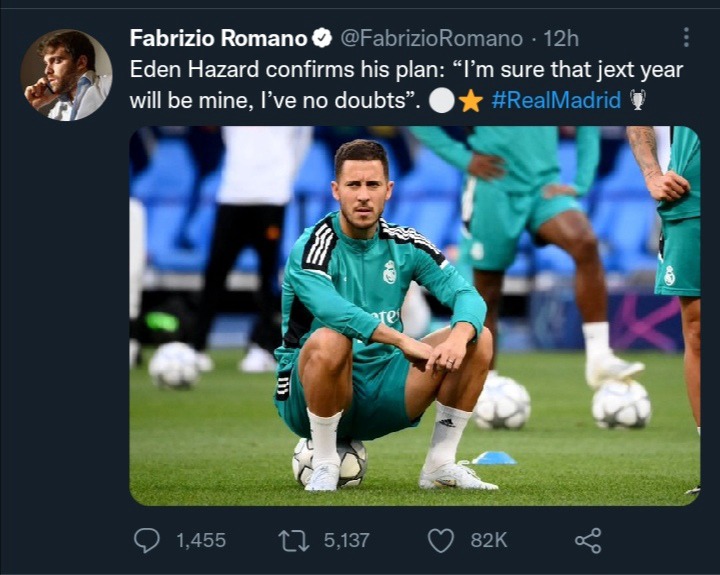 According to Fabrizio Romano on his official Twitter page, Eden Hazard is keen on remaining at the Spanish side atleast for the next season. He reports that the player confirmed his commitment with the club saying, 'I'm sure that next year will be mine, I've no doubts' '. This statement is positive from the player and particularly could impress the real Madrid fans and the club. The player could come stronger and make more impact to te club but it is a wait and see situation.

In your opinion, do you think that the player made the right decision? Share with us your thoughts on this in the comments section below.

Content created and supplied by: LaurenceNgeno (via Opera News )