Manchester United has announced the departure of scouts Marcel Bout and Jim Lawlor. 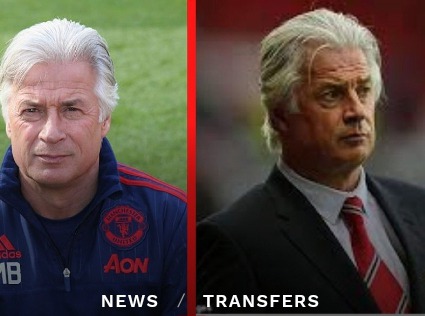 Bout, who joined the club in 2014 as part of Louis van Gaal’s backroom staff, stayed and was named head of global scouting in 2016.

Lawlor was United’s chief scout for 16 years, but the club has had a poor recruitment record in recent years.

According to a United spokesperson: “After eight years with the club, Marcel Bout has stepped down as head of global scouting.

Marcel, a well-liked figure both inside and outside of Manchester United, has played an important role as an assistant coach and in strengthening our scouting capabilities.

Jim Lawlor has decided to step down as chief scout this summer after 15 years with the club.

Jim played an important role in the development of multiple trophy-winning teams and was a valuable source of advice to Sir Alex Ferguson and each of the managers who came after him.”

Many were perplexed by the decision to keep Bout after he had assisted Van Gaal during his two years as manager, during which United made 13 signings, with back-up goalkeeper Sergio Romero being the most successful.

Lawlor’s first high-profile transaction was the loan of Henrik Larsson from Helsingborgs in 2006.

Javier Ribalta, a former Juventus scout, left United after only a year in 2018.

Despite the club appointing John Murtough as football director and Darren Fletcher as technical director in March last year, Matt Judge, the director of transfer negotiations, is widely regarded as the main point of contact for United’s

President Museveni Appoints His Son To Another Rank

Teacher Wanjiku's Message During Her Tour In The United States (Photos)