By Geniuze (self media writer) | 5 months ago 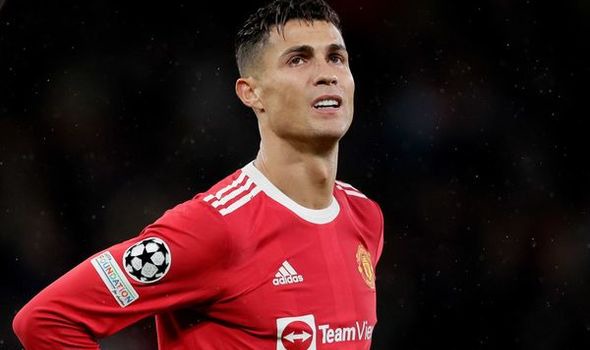 On Saturday evening it was reported by multiple media outlets including Sky Sports and the much reliable Fabrizio Romano that Cristiano Ronaldo has asked to leave Manchester United if a satisfactory offer emerges.This had also been the case a week ago forcing Manchester United to say that Ronaldo is not for sale.United have again remained adamant that Ronaldo is not for sale after Saturday's rumours.

Ronaldo joined the club last summer from Juventus and has one year remaining in his contract.He scored 24 goals in all competitions last season including 19 premier league goals.He was also named Sir Matt Busby player of the year and Manchester United player of the year.The fact that he will not be playing in the champions league next season is one of the many reasons why Ronaldo wants to leave the club.

Another good reason why he wants to leave the club is because he thinks Manchester United are not vigilant in the transfer market.The club has already released six senior players.The other and final reason why he wants to leave is because he doubts that new manager Erik Ten Hag will be able to return Manchester United to glory days.Currently the club has set it's eyes on De Jong but has not made any progress in getting the Dutch player's signature.

People on social media have bashed and jeered Ronaldo for leaving the club when it needs him the most.Some have called him a "coward" while others have called him "Penaldo".Others have also gone to admit that Messi is the greatest player of all time (GOAT).The discussion has been hotly debated on especially by angry Manchester United fans.The real Ronaldo fans have stood out to defend him although they seem overpowered by Messi fans.Here is a look at the heated debate online.