By AVICKO (self media writer) | 2 months ago

Arsenal condemned Eddie Howe to a miserable second game as Newcastle manager by beating his Newcastle side popularly known as the Magpies 2-0 at the Emirates.

Goals from Bukayo Saka and Gabriel Martinelli made sure that the Gunners brushed off last week’s humiliating defeat at the hands of Liverpool, despite an embarrassing miss from Pierre-Emerick Aubameyang. 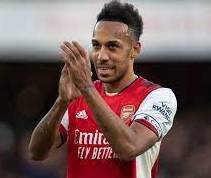 Eddie Howe's first game albeit from a hotel room due to testing positive for COVID-19 led to Newcastle’s 3-3 draw with Brentford but his presence today was not enough to inspire a good result.

The Magpies remain without a win and five points from safety, they have played a game more than their rivals, and they face the very real prospects of Championship football next season.

In fact, Newcastle were unlucky not to have scored before. Jonjo Shelvey had forced a stunning save from Aaron Ramsdale, who tipped Shelvey's effort onto the crossbar. They were in the game up to the 56th minute.

Pierre-Emerick Aubameyang should also have put the Gunners in front at the break when he was presented with an open goal from four yards out.

The Gabonese somehow hit the post leaving arsenal fans stunned, It’s one of the misses of the season.

Dean Ashton while speaking on talkSPORT had the following to say: “He’s too casual. If you asked him to do that in training, he would do it so easily.”

Almost at the hour mark, cameth the man, Bukayo Saka scored the first after some splendid build-up from Emile Smith Rowe and Nuno Tavares.

“Once he gets in, there was no intricacy, he just lashed it across the goalkeeper and gave him no chance." 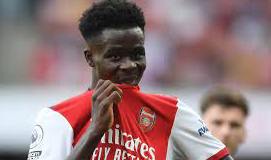 “A lovely move from the young Arsenal attackers. It was a wonderful finish from Saka.”

Saka went out through injury, his replacement, Martinelli, doubled the lead with a fine first-time volley. 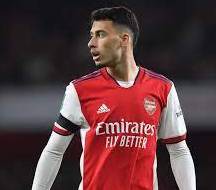 Ashton said of the goal: “Dubravka, you’re just in the wrong position! You’ve anticipated it way too late!"

Dubravka was the Magpies goalkeeper.

“How does Martinelli get in to volley this? Tomiyasu has clipped this in over the top, and the goalkeeper has got to come out, but he just hesitates."

“Martinelli from six yards out, yes six, is allowed to take a free volley and it’s a wonderful finish, I’ve got to say.”

The win moves the Gunners up to fifth place, level on points with West Ham who are in fourth, and travel to champions Manchester City tomorrow.

Content created and supplied by: AVICKO (via Opera News )