Invest On These Three Matches This Tuesday and Make Huge Returns

By Kevinsupertips (self media writer) | 3 months ago

Birmingham City will be aiming to build on a 2-1 win over Barnsley when they take on Peterborough United at St. Andrew’s Stadium on Tuesday evening. The Blues quickly bounced back from a 6-2 loss to Fulham, with the team regaining a much-needed confidence, but they want to keep on climbing the standings. Both Jordan James and Scott Hogan should retain their spots in the starting XI, while Ivan Sunjic and Jeremie Bela are likely to start from the bench.

The Posh, on the other hand, suffered yet another dip in form, and given their three-game losing run in the English second tier, we believe that punters from all four corners of the world can find value in betting on the hosts. Jack Marriott has overcome his injury, while Dan Butler remains in the recovery room. Idris Kanu is a major doubt, whilst Callum Morton is available for selection. 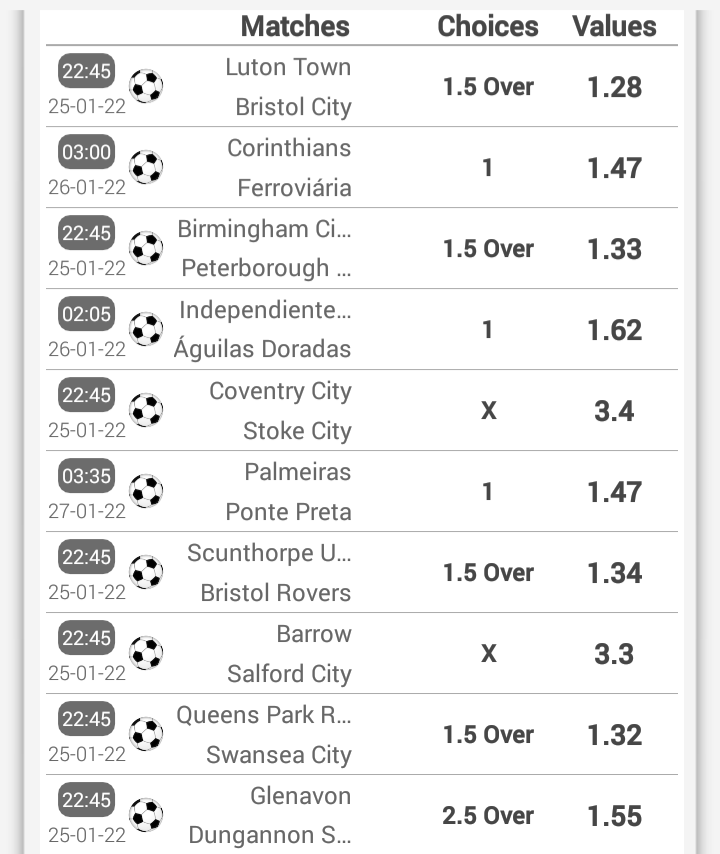 Coventry City and Stoke City face each other at Coventry Building Society Arena in a postponed Championship game. The Sky Blues impressed in the first half of the season, but they do not seem to be at their sharpest ahead of the visit of Stoke. Coventry City aim to make amends for a 2-1 loss to Queens Park Rangers, and they are likely to leave their hearts on the field. New signing Jake Bidwell should start at left wing-back, while Martyn Waghorn is a pushing for a start.

The Potters, on the other hand, suffered a 3-2 loss to Fulham in their last league match. Stoke City are determined to return to winning ways in the Championship, and seeing that they want to keep their playoffs hopes alive as well, both teams to score betting option should be considered. All Thompson, Souttar, Sawyers, Powell, and Bursik should miss out with injuries for the away side.

Luton had two shots on target when they lost 2-0 against Sheffield United at Bramall Lane in this Championship match.

Bristol City won over Cardiff at Ashton Gate in their last game. The scoreline in this Championship match was 3-2, with Bristol City having six shots on target and 48% of possession.

When Luton last played Bristol City, it ended in a 1-1 scoreline at Ashton Gate.

WHO: Finally, The Way The Deadly Disease, Monkeypox Is Transmitted Revealed