Wednesday's In-depth Analysis Of Multibets To Bank On

By PerestheSuperAnalyst (self meida writer) | 3 days

New Zealand and South Korea meet on Thursday in the opening round of fixtures at the 2020 Olympics in Japan in what could be a competitive game.

The Koreans are the favourites ahead of this meeting but New Zealand are taking the Olympics seriously. Coach Danny Hay has selected Winston Reid, who captains the senior side, and star striker Chris Wood as his overage players and there are 11 other members of the 22-man squad who play their club football in Europe.

The Kiwis have played two warm-up fixtures in the build-up to the Summer Games and beat Australia 2-0 in Ichihara on July 12 before losing 1-0 to the Olyroos at the same venue three days later.

South Korea have selected forward Hwang Ui-jo as one of their overage players and the Bordeaux man has an impressive record at international level with 14 goals in 36 games. Ui-jo is one of just two European-based players in Kim Hak-bum’s squad, the other being 20-year-old Valencia midfielder Lee Kang-in, with the rest of the squad all playing their club football in South Korea.

The young Taegeuk Warriors lost their final friendly before the competition as they went down 2-1 to France but prior to that had been in strong form with two friendly wins over Ghana and a draw with Argentina. South Korea also win the AFC U23 Championship last year but then failed to win in four friendlies at the end of 2020.

We think New Zealand look worth some consideration in this fixture as they appear to have a well balanced squad and the experience of both Reid and Wood will be a big benefit. South Korea have just one clean sheet in their last eight games and the loss to what looks a fairly average French team will be a concern for Hak-bum, and at a big price New Zealand look worth backing here and we’re going for a 1-0 win for the Olywhites in the correct score market. 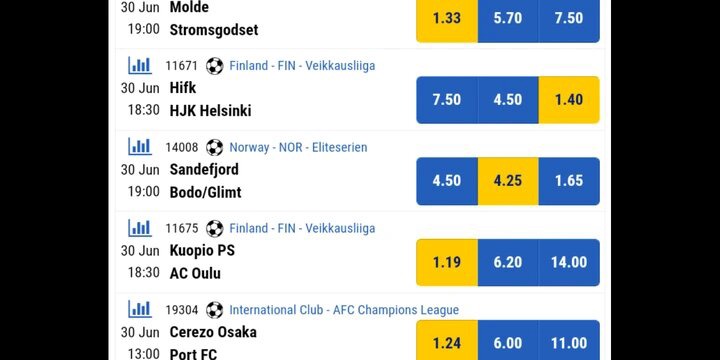 Sunday Sure Matches To Place On

He Should Stick To Holding Up The Subs Board: Man United Fans Infuriated By Goalkeeper's Performance

What Happened To African Star And Arsenal Forward Marouane Chamack?