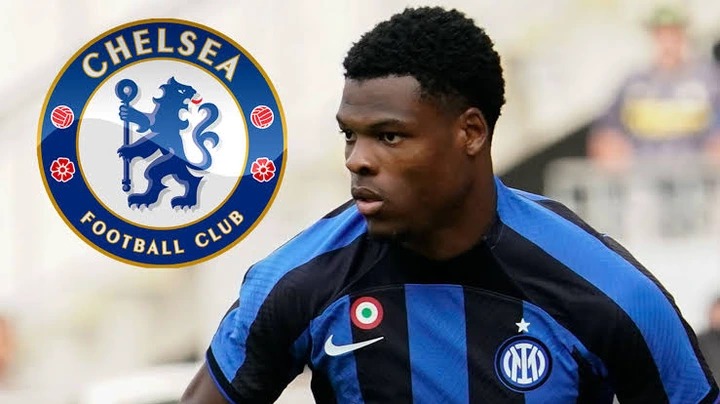 The owner of Inter Milan, Steven Zhang, is hoping to pull in approximately £65 million from the sale of players during the last month of the transfer window.

That implies either Denzel Dumfries or Milan Skriniar will be leaving, both of whom had been rumored to be interested in playing for Chelsea.

According to Corriere dello Sport, Inter coach Simone Inzaghi met with Zhang yesterday and reaffirmed his wish to keep both of Inter's defenders, which has led to an ongoing discussion within the organization.

"Technical" winger is a player that Manchester United is interested in.

ESPN reports that Manchester United have made contact with the representatives of winger Cody Gakpo, who now plays for PSV.

Gakpo, who is currently 23 years old, is claimed to have pleased Erik ten Hag, who is said to be interested in signing with United if terms can be agreed upon.

Morata was made an offer by Man United.

ESPN reports that Manchester United has been given the opportunity to sign striker Alvaro Morata from Atletico Madrid. Morata now plays for Atletico Madrid

The Red Devils have abandoned their pursuit of Marko Arnautovic after receiving feedback from their supporters on the potential signing of the star player from Bologna, but Erik ten Hag is still set on acquiring a physical striker for the team.

Valencia has high hopes of reaching an agreement with Tottenham to loan winger Bryan Gil to them for the upcoming season.

Hull has an interest in signing the player. Watford's right defender Jeremy Ngakia

The Athletic has learned that Hull are considering making a bid to capture Jeremy Ngakia, who now plays right back for Watford. Since joining the club on a free transfer from West Ham in 2020, the player, who is now 21 years old, has had few playing opportunities at Vicarage Road.

At this point, it is not obvious whether Watford would be willing to allow Ngakia to depart if the player requested it.

Hassane Kamara has been filling in as a right wingback for Watford since the departure of Kiko Femenia, who was replaced by Mario Gaspar in that role (in what was essentially a trade with Villarreal).

Broadhead is going to Wigan on loan from Everton.

Nathan Broadhead, a forward for Everton, has successfully completed a loan transfer to Wigan Athletic and will play for the Championship club during the 2022–2023 season.

Broadhead, who joined the Blues' Academy when he was just 10 years old, spent the previous season on loan with Sunderland and was a significant contributor to the promotion of the Black Cats through the League One play-offs.