In case you missed them, here's what's up with Arsenal:

While everyone is talking about top clubs stealing Arsenal's Bukayo Saka, Gabby Aghabanolar has dropped a bombshell about another player the Gunners could lose. The Premier League legend has identified William Saliba as a player who Arsenal can easily lose to their Premier League rivals. The 21-year-old has been a game changer in Arsenal's defence this season, but even with his stellar play, his contract expires in 18 months. 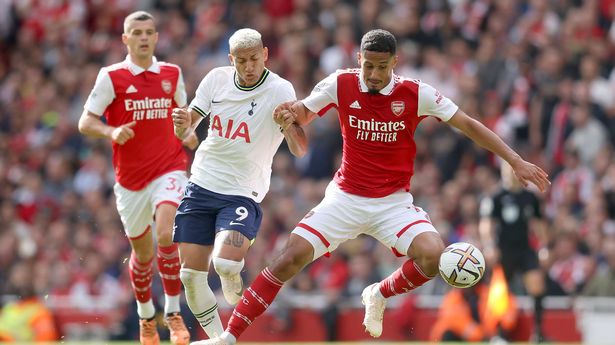 William Saliba produced an excellent performance for Arsenal in the north London derby and the France international has received plenty of praise for his efforts(courtesy: Getty Images)

Arsenal need to tie the Frenchman to a new deal, as Aghbanolar argues (as per Football Insider), "The likes of Chelsea, Man United, even Man City would love to have him.

"They need to make sure they don’t do what they have done in the past and lost all the best players to Man City and other teams. Tie him down to a long-term contract. For me, before January is when I would get that signed. Give him a five-year deal, and hopefully, he signs." 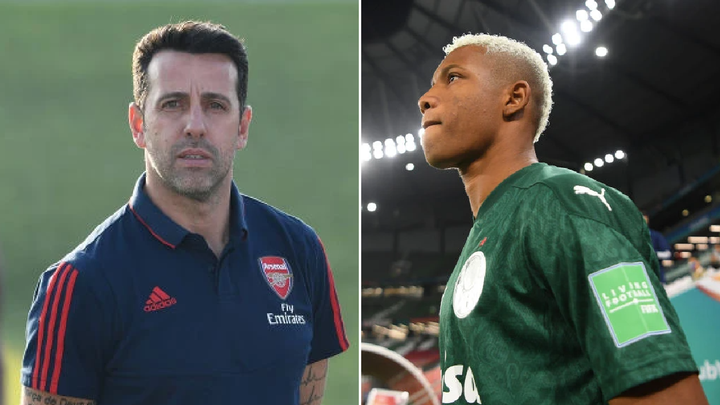 Edu (on the left) and Palmeiras' Danilo (on the right) - (Courtesy: Getty Images)

Meanwhile, according to The Express, Edu is eager to continue his Brazilian revolution at The Emirates. Arteta was hoping to sign a top central midfielder last summer but was unable to do so. Danilo from Palmeiras and Douglas Luiz from Aston Villa are two Brazilian midfielders he tried to sign. Both Danilo and Luiz's moves were hampered by the financial requirements of their deals. 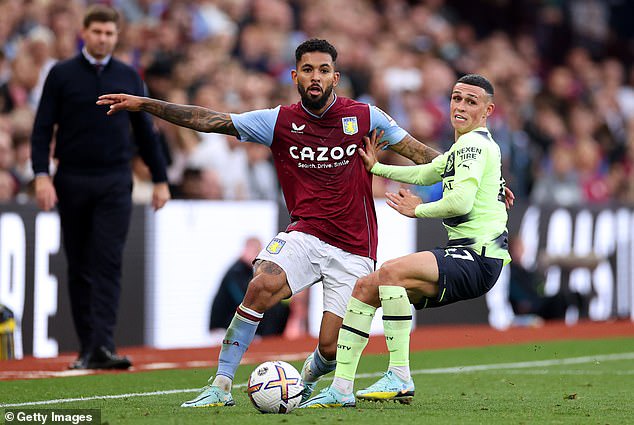 However, according to the Express, the Gunners may have the financial means to pull off a double swoop for the Brazilians who have been prioritised for the Gunners' midfield. With Arsenal's midfield exposed when Partey isn't playing, Edu's acquisition of Luiz and Danilo could be a coup.