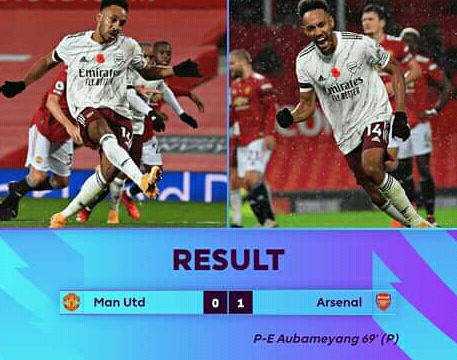 Arseanal Manager Mikael Arteta rested several top players in their previous UEFA Europa league 3-0 win over deflated Dundalk at Emirates Stadium ahead of their thrilling fixture against Manchester United. Arsenal Captain Aubameyang stepped up and converted a penalty won by Bellerin who was challenged by Pogba to grant Arsenal all the 3 Premier league points since Adebayor in. 2006 at Old Trafford. Arsenal Manager Mikael Arteta became the second Gunners manager to beat the Red Devils back to back after demolishing them 2-0 at Emirates earlier this year and 1-0 at Old Trafford yesterday. Arsenal Midfielder Thomas Partey and Defender Gabriel Magallanes starred and were named the men of the match.

Arsenal Players Impressed and were rated as following out of 10:

He was hardly tested as Arsenal dominated the game but he did have to be better to keep out Greenwood powerful low drive with his feet at near post. He saved late El Neny poor clearance which the ball hit him in the face and it was deflected onto the post.

He returned from an hamstring injury and had a tough prospect of dealing with Marcus Rashford. Although he was booked too early he coped very well as he was strong in tackles, dominant in air and aerial balls and very neat when clearing the balls. 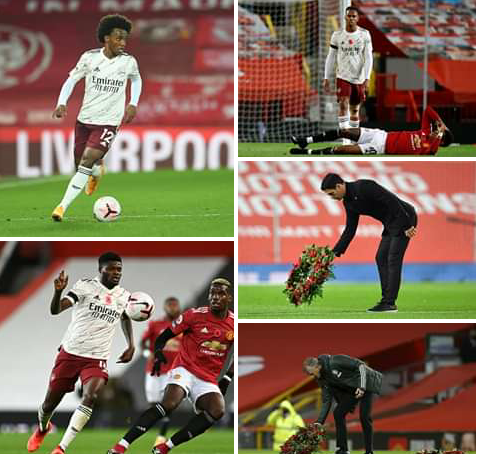 He was rock solid at the centre of Arsenal defence but booked early for a foul on Rashford. He was always at the right place at the the right time and made several tackles to keep the second premier league clean sheet for Arsenal thus season.

He had an excellent performance and defended most balls from Scot Mctomminay and dispossessed Fernandes oftenly.

The Spaniard had an impressive performance as he popped up on numerous occasions to cause United Defence all manner of problems; supported Willian in attack and Holding on defence where he eventually won penalty for Arsenal from a Pogba Challenge. 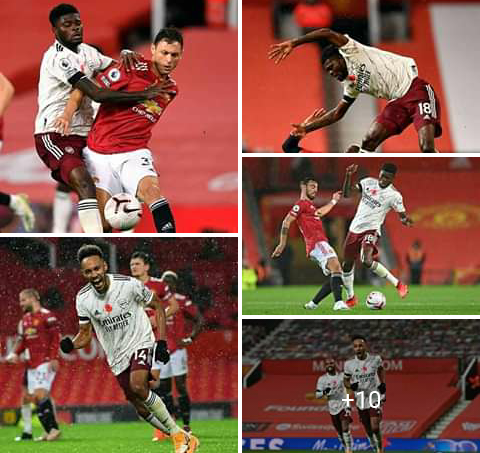 He surprised many Arsenal fans after replacing Granit Xhaka who started the match on bench but the Egyptian produced a solid display and partnered very well with Partey. He played a key role in Arsenal Victory as he made a late block from Donny Van De Beek strike.

He shared the man of the match with Gabriel and showed exactly why Arsenal paid the £45 Million to sign him on deadline day from Atletico Madrid. He struck up an excellent partnership with El Neny and made several attempts on target. Partey made most touches, possession won, tackles won, interceptions and dribbles completed than any player in the field.

He influenced the game positively and gave Aaron Wan Bissaka all sorts of problems and difficult time in the field. He masqundered a massive open chance to score for Arsenal from 8 yards.

He lost possession oftenly but always tried moving the ball forward. He was inches away from a goal when his strike clipped to the top Manchester United crossbar.

He worked tirelessly for his side having Arsenal press excellently infront and put United Defenders under huge pressure. He used his strength well to hold ball up, dominate possession and counter attacks. 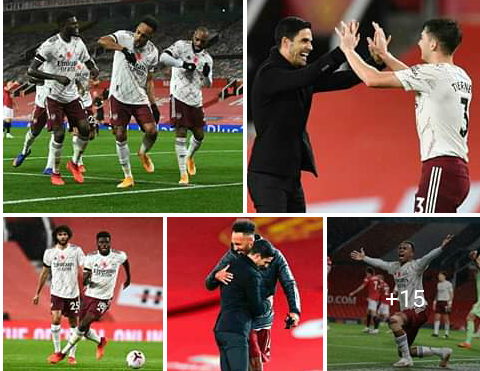 He wasted several open chances from Bellerin and Lacazzette sharp crosses but the Skipper stepped up to convert a penalty to win Arsenal all the 3 points and end his 5 premier league goalless run and drought buy scoring his second Manchester United goal in 5 appearances.

He made good contributions late on with an excellent forward run which allowed him to take the ball into the corner to waste valuable few seconds.

They were brought in few minutes to full-time whistle and helped Arsenal defensively and held United for a crucial victory.

Top 10 Countries With The Best Education System In Africa

Arsenal: Spurs Already Have Advantage Ahead of NLD- Arteta Forced to Improvise on Key Position