By SuperSportsDen (self media writer) | 9 days ago

Slovakia gave Group H leaders Croatia a scare last month, but failed to take their chances in suffering a 1-0 loss, and it appears that a similar story played out when they lost to Russia on Friday too.

An injury-hit Russian line-up held on for a win in Kazan, despite Slovakia having nearly 70% possession, 28 shots, 14 corners and over double the xG of their opponents. They may be a shade unlucky but there’s no denying that they don’t have a top-class international finisher to convert the chances being created and that won’t have changed by the time they face Croatia again on Monday.

The 2018 World Cup finalists need to win in Zagreb because Russia are breathing down their necks for the automatic qualification spot. But Zlatko Dalic was dealt a blow during Friday’s 3-0 win over Cyprus when Mateo Kovacic picked up the yellow card that rules him out of this game.

The hosts have won six matches,lost four matches with five matches between themselves ending in draws.The goal difference is 15-10 in favour of the hosts.

The hosts have won five matches,lost two matches with two draws coming in the process.The goal difference is 27-21 in favour of the hosts. 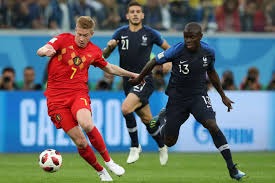