By Fulfutbol (self media writer) | 10 months ago

Lingard was in spot in the last season after his loan move to West ham united. The united Midfielder became one if the hottest attackers of the season in the mini season time spent in the west london. Hr served a short loan time but did such in the meantime. He helped West ham secure a Europa league qualification Thanks to his 11 goals and fivr assists in 16 appearances for the hammers.

However,there have been speculations that west ham was set to sign lingard on a permanent deal,a move that ha d received alot of blow since the 28 year old had been given a chance to prove himself in manchester, having reported for the preseason. 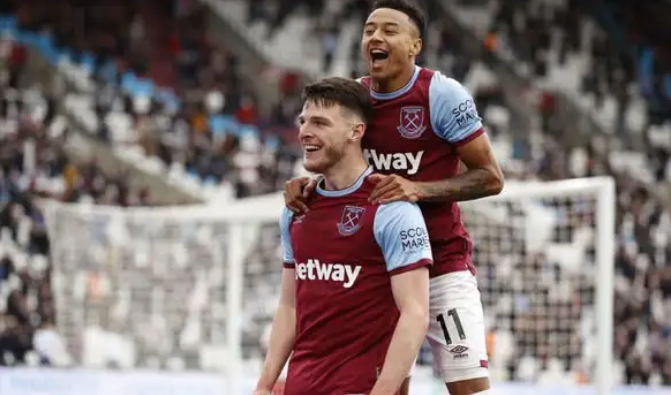 However,his stay in man united seems to fuel chelsea's interest to sign Declan Rice who is set to miss the partnership he had with Lingard in the west london. It is reported that Rice enjoyed playing aside Jesse lingard and thus his failure to sign a long term contract with the hammers paves way for the move of Rice out of the club with his only Preferred being chelsea. This will accidentally let lingard allow Rice join rivals chelsea.

Busia: What Youths Did To Raila Odinga That Forced Him To Cut Short His Speech

6 Ways To Show Someone You Love And Cherish Them