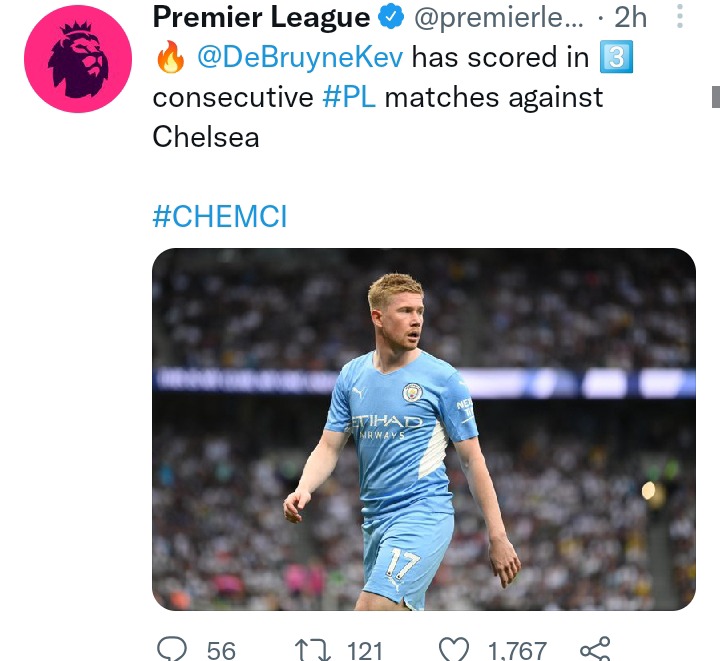 Kevin De Bruyne will be looking to maintaining his brilliant record against Chelsea in today’s highly anticipated fixture. The Belgian has scored in three consecutive fixtures against Chelsea and hitting a goal against them today will open his account for the new season. Manchester City are expected to take on Chelsea guns blazing following the previous three narrow losses in similar fixtures.

De Bruyne is expected to be paired with Jack Grealish in the midfield and nothing would be more fascinating for the fans than to see the two playmakers working together to decipher Thomas Tuchel’s defensive tactics. Following the return of Rodrigo, John Stones, and Aymeric Laporte, Manchester City have more than what it takes to topple Chelsea in today’s early kick-off. 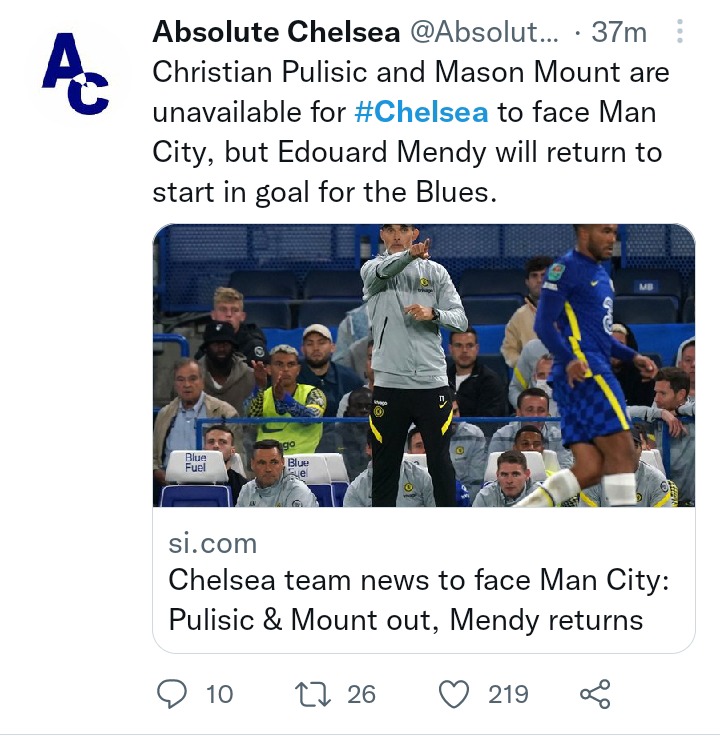 Thomas Tuchel recently confirmed that Mason Mount and Christian Pulisic will not be available for the match against Manchester City today. He explained that the two lacked match fitness and he could not risk playing them against City who are very dominant in their game style.

Tuchel however said that all the other players in the squad are fit to play and that he expects nothing but the best from them. When asked if he had already drafted a lineup for the clash, he said that his technical team is yet to give him their opinion on the squads which will be effective against Manchester City. 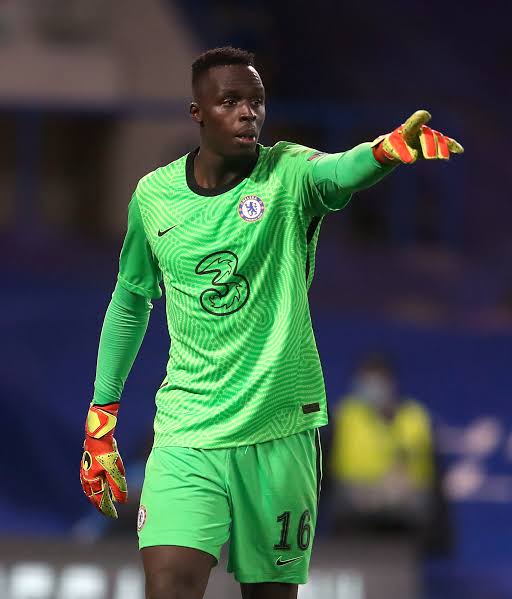 Chelsea’s shot-stopper Edouard Mendy admitted to not playing FIFA because the ratings assigned to him do not sit well with his opinion. He said that until he is given the ratings he considers close to his performance then he will start playing the game, but at the moment he does not play it. A number of players have always been complaining about their ratings and Mendy gave an example of Rudiger who recently complained that he was given low pace. 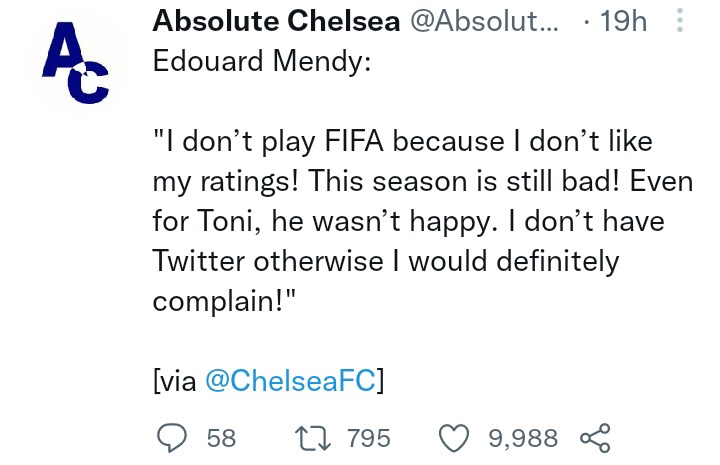