By RODGERSBENTIC (self media writer) | 1 year ago

Los Angeles FC travel to Georgia on Sunday to face manager-less Atlanta United and the visitors really could do with all three points.

Bob Bradley’s side are winless in their last five MLS games, during which time they have picked up just two points and dropped to the very edge of the playoffs much further from the top than where they want to be in the second half of the campaign.

The pressure has been ramping up in the city of Angels as Bradley’s side have frittered away points in recent weeks,

But the underlying stats suggest they are unlucky not to have taken four points rather than zero from their last two games.

Atlanta United are enjoying a new lease of life under interim boss Rob Valentino after the sacking of Gabriel Heinze in mid-July.

The Five Stripes have broken out of their defensive shackles (two goals scored in five games prior to the axing) and have scored seven in their last three.

Whether they can get their first home win since May remains to be seen, but we think that goals are highly likely when they meet LAFC on Sunday night.

A total of 22 goals have been scored in the visitors’ last six MLS games and with Atlanta also opening up now, this looks good to feature three or more.

Los Angeles won a seven-goal thriller when last they met in 2019 and, although this is unlikely to be that spectacular, confidence in at least three goals is high.

We are also predicting another ‘unlucky’ away loss, by 2-1.

Chelsea start their title challenge today with a home match against fellow Londoners Crystal palace.Four of their last six matches between themselves have ended in over 2.5goals.What is clear is that derby matches have no clear favourites and hence I would fancy a both teams to score prediction. 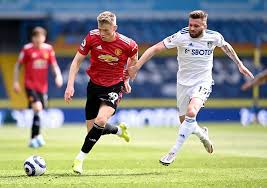 The Cost of Registering A Sedan In Uganda

The Price Of A Toyota Hiace Ambulance In Uganda