On Wednesday, Netherlands foward Memphis Depay posted a tweet that read: Next season is going to be scary, watch. The striker seemed to be promising his followers a more serious season after as his last season turned out to not be as successful as many thought it would be.

The Barcelona's number nine joined the Spanish giants from Lyone in 2021 after having a successful season in France. 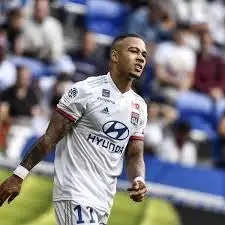 Since joining Barcelona, the 28 year old has scored 13 goals and provided two assists for the club in the 38 games he played. There were speculations that the former Manchester United man would leave Barca this summer. However, Depay's post on twitter seemed to be meant as a promise of hope to Barcelona fans. 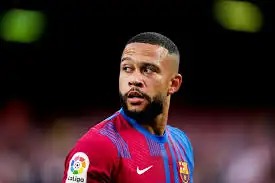 On his Twitter account with more tham 2 million followers, Memphis earlier posted this: "I see how certain tactics are being played around me as a footballer, its all good, God likes this about me and thats why am favoured. My whole life i wasn't good enough, didn't apply to the standard rules and didn't have the right behaviour. That's what happens when you live freely".

Unlike many footballers, Depay is not known to be the hardworking kind. Things might change next season as his latest message to his fans and followers suggests. 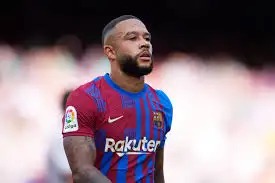