Top position in Group D will be at stake when Real Madrid and Inter go head to head at Estadio Santiago Bernabeu on Tuesday evening. Los Blancos are eyeing their fourth consecutive win of the process, and they are likely to go all guns blazing at the Nerazzurri. Real Madrid are on an eight-game winning run in all competitions, and we are positive that they will find the net in the last group game. The bad news for the hosts is that key attacker Karim Benzema has joined Gareth Bale and Dani Ceballos in the recovery room.

As a result, Serbia attacker Luka Jovic is going to lead the line for the hosts. The Nerazzurri, on the other hand, did well to beat Shakhtar Donetsk 2-0 in their last group match, with the team booking their place in the CL last 16. Since Inter are eager to overtake Real Madrid in first place, we are tempted to put our money on both teams to score. All Darmian, Correa, Ranocchia, de Vrij, and Kolarov are injured for the visiting team. 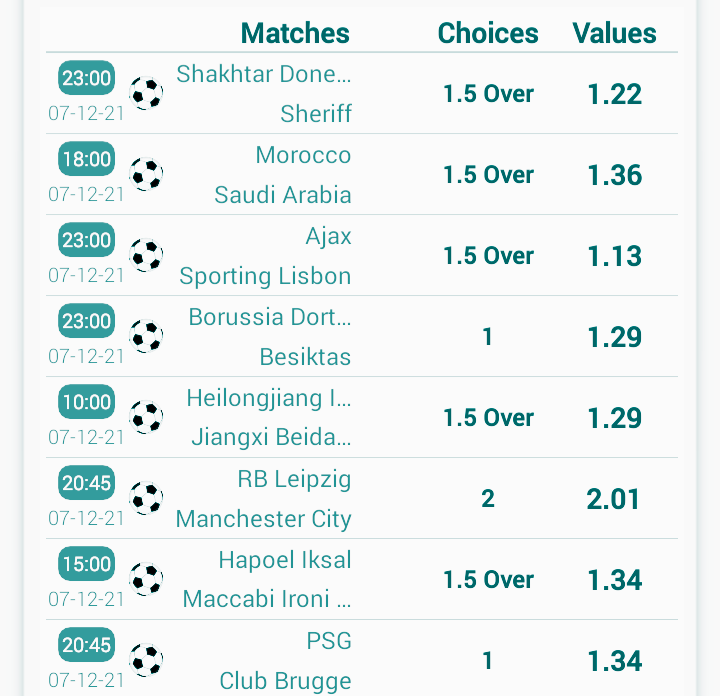 NSC Olimpiyskiy Stadium will host Tuesday’s Champions League game between Shakhtar Donetsk and Sheriff Tiraspol. The Miners have been performing below expectations in the elite competition, and, as a result, they will finish the process in 4th place in Group D. Anyhow, Shakhtar’s pride will be at stake this time out, and we are positive that they are going to leave their hearts on the field.

Sheriff Tiraspol, on the other hand, did well to make it to the Europa League knockout stages. Considering that the Moldovan champions have already clinched third place, we are tempted to put our money on the Ukrainians, who want this win more than the visitors. All Dentinho, Moraes, and Traore are injured for the hosts, while Kyabou and Bizjak should miss out for the visiting team this time out.

Southend United will be looking for a repeat result of a 1-2 National League success vs Altrincham.

After a losing effort in their last game against Barnet in National League action, Maidenhead United and their travelling supporters will be hoping that they can get a better result in this one.

The numbers tell their own story, and Maidenhead United have been scored against in 6 of their last 6 matches, with opponents netting 16 goals in total. In defence, Maidenhead United seem to have a bit of a soft underbelly.

Coming into this meeting, Maidenhead United are without an away win for the past 7 matches in the league.