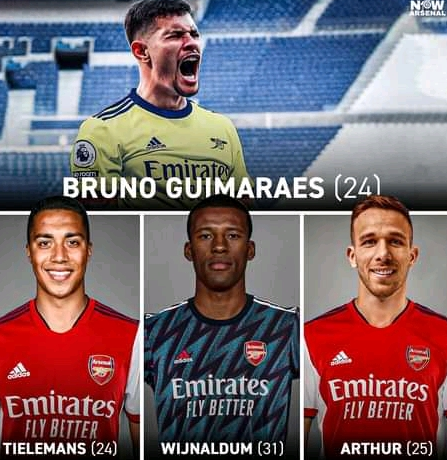 Arsenal pursuit on Juventus midfielder Arthur Melo and possibility to reach agreement is doubtful after the Old Lady failed to find replacement. Arthur Melo had agreed personal terms with Arsenal and was scheduled to undergo medicals this week before Juventus presented new tough demands on the deal. Juventus want 18 month loan deal with option to buy & full salary paid but Arsenal want a 6 months deal with half salary covered hence a tough stand off. Arsenal Director Edu has agreed 18 months loan deal with an option to buy at €40 Million but the board is reluctant to give a greenlight for the bid to be completed. Arsenal are reportedly intrested to sign Tielemens, Wijnaldum & Bruno Guimaraes as Arteta looks forward to bolster his midfield. 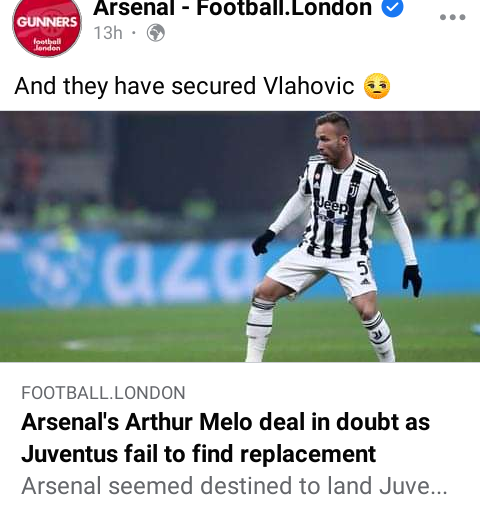 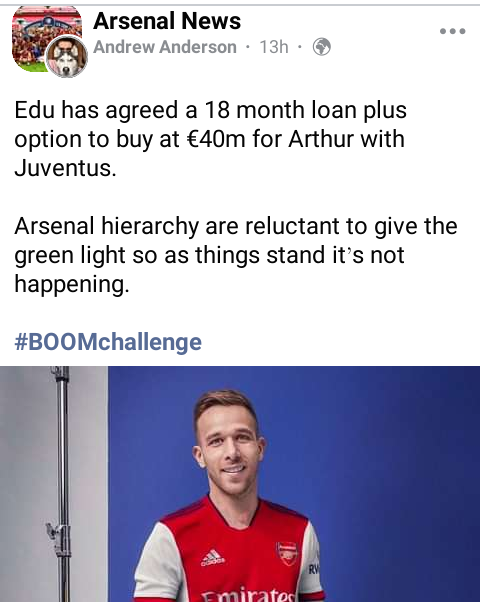 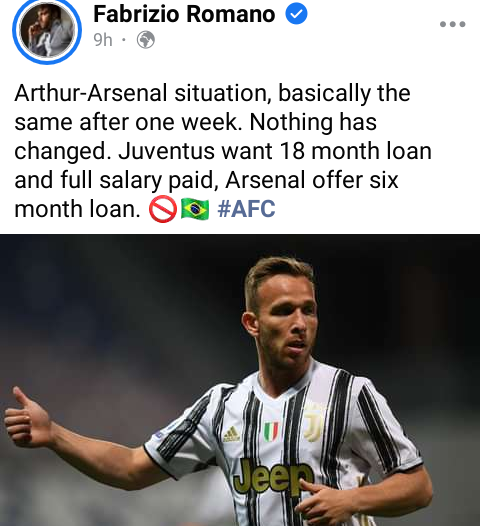 Arsenal have reportedly offered AC Milan former Captain Pierre Emerick Aubameyang who has run out of favour at Emirates. Aubameyang has not played in the last 2 months in the Premier League due to indiscipline punishment by Arteta that saw the club strip off his Captaincy. Aubameyang move to AC Milan could collapse following his new salary demands inorder to sign for the Serie A giants. Aubameyang wants a double of AC Milan top earner Zlatan Ibrahimovic Salary inorder to accept the deal; demands AC Milan are not willing to meet. 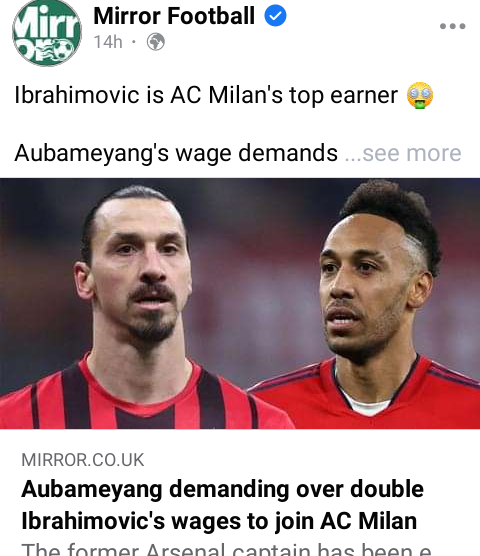 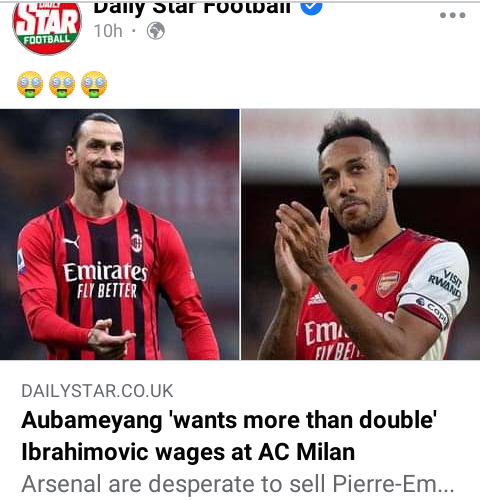 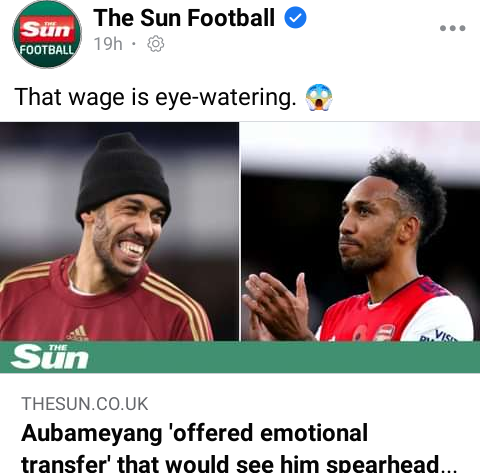 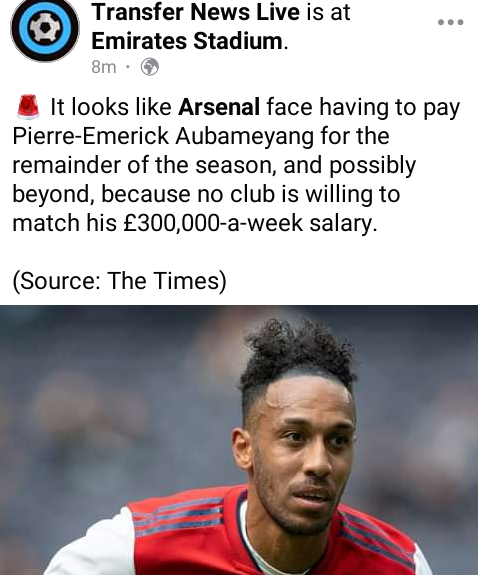 Arsenal are reportedly desperate to sign a new striker after suffering Dusan Vlahovic huge blow following the Serbian forward decision to sign for Juventus after snubbing Emirates. The Gunners are allegedly focusing on 2 La Liga strikers which Edu and Arteta have shortlisted including Real Madrid forward Luka Jovic and Real Sociadad striker Alexander Isak. Arsenal is keen to agree a deal before Monday 31st with Isak being currently valued at £75 Million & Jovic is valued at £35 Million. 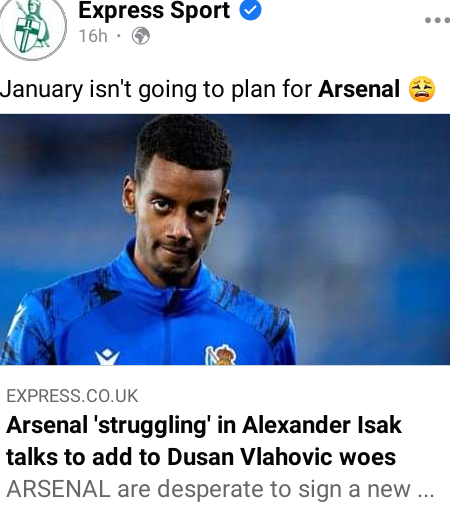 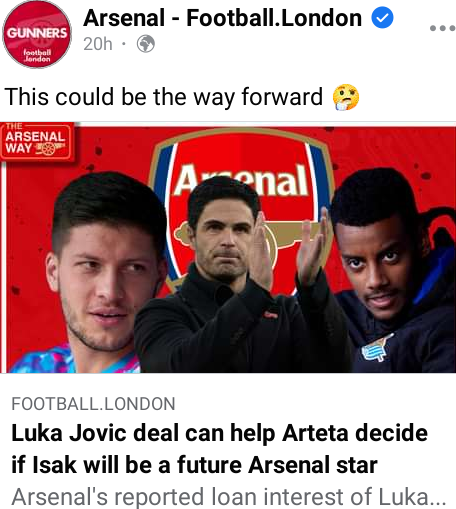 President Uhuru Political Advisor Demands That Kalonzo Should be Given Nothing, Reveals The Risk