By Ripota_wa_mashambani (self media writer) | 5 months ago 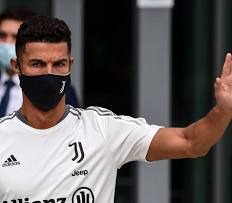 Manchester United have over the recent years sold high profile players including the phenomenal Cristiano Ronaldo. Here are the top ten most expensive players sold by Manchester United based on their transfer fee at the time.

The Netherland International was snapped from Ajax by fellow countryman Louis Van Gaal. His reign at Manchester United was short forcing a return to boyhood club Ajax in 2018 for £14 million.

Sebastian Veron made a surprise move from Manchester United to Premier league rivals Chelsea in 2003. Due to the value of Veron, Chelsea had to pay £15 million which was an astronomical amount of money back in 2003.

Jaap Staam left Manchester United for Lazio in 2001. Back in the days money was never a problem in Serie A. Lazio paid £15.2 Million for the coveted player.

Danny Welbeck lack of game time at Manchester United prompted him to look for greener pastures elsewhere. Arsenal came calling in 2014 and offered £16 Million for the talented attacker which was too much for United to resist.

The Eredivisie top scorer joined Manchester United with high expectations but failed to deliver. After enduring a difficult spell at Manchester United, French side Lyon came calling in 2017 and ended up paying £16 million .

Schneiderlin arrived at Manchester United from Southampton as a promising midfielder but his spell was short lived forcing a move to Everton in 2017 for £24 million.

The iconic midfielder left United after falling out with Sir Alex Ferguson in 2003 to join Spanish giants Real Madrid. He wasn't cheap due to his quality hence moving for £24.5 million in 2003.

Angel Di Maria's move to Manchester United didn't turn out as expected after just one season. Big spending French side PSG offered him an escape route with United getting £44.3 million in return.

Personally, I think this was Ole Gunner Solskjaer's biggest transfer mistake at Manchester United. Selling Lukaku to Inter Milan for £74 Million in 2019.

CR7's move to Real Madrid in 2009 was the most expensive transfer at the time. The £80 million move to Madrid remains the biggest transfer for Manchester United.

Content created and supplied by: Ripota_wa_mashambani (via Opera News )

"Amekuwa Tishio" This Is What Diamond Platinumz Has Achieved Again Going Miles Ahead Of Musicians.

Opinion: Why Ruto's Loss During August General Election Could Be A Great Win To UDA Party