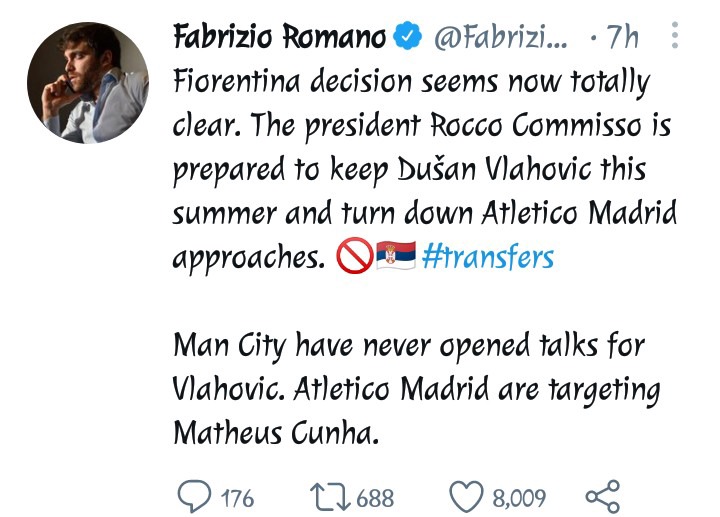 Fiorentina have confirmed that Dusan Vlahovic will stay at the club this season despite rumors linking him to England’s top six clubs, Tottenham Hotspurs. It is believed that the Italian giants are planning to table a new contract for the striker so as to tie him down on a long-term basis. 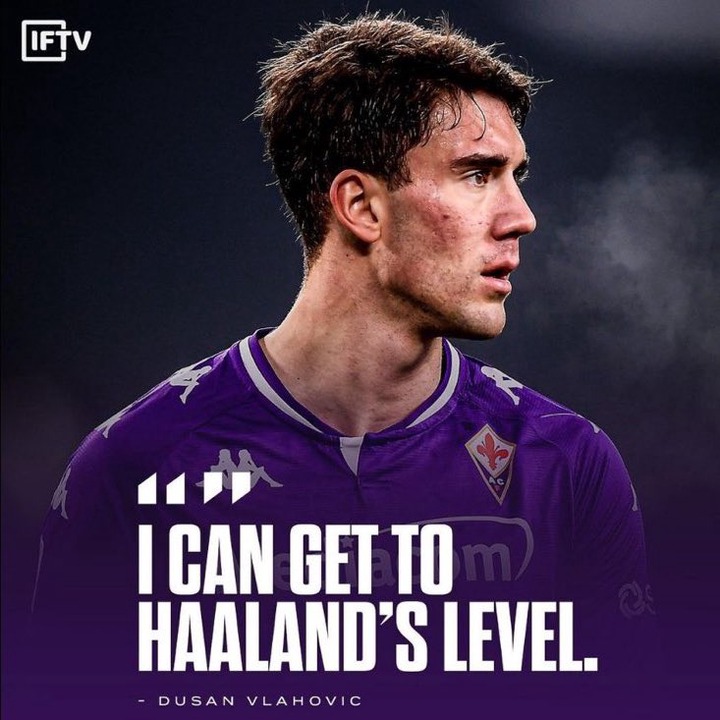 Vlahovic, 22, was phenomenal last season and arguably one of the best strikers in the Serie A. He registered an impressive 47 goal involvements last season and will be looking forward to improving his impressive record this season. His agent, Pablo Bentacur, said that his client was very happy at the club but may be open to joining another team very soon thereby contradicting what the club's President said.

According to Fabrizio Romano, Liverpool have held constructive talks with their Skipper Jordan Henderson over his contract renewal and a verbal agreement has been reached. Romano said that Henderson will extend his contract until 2024 and will maintain his role in the club as the team’s captain. 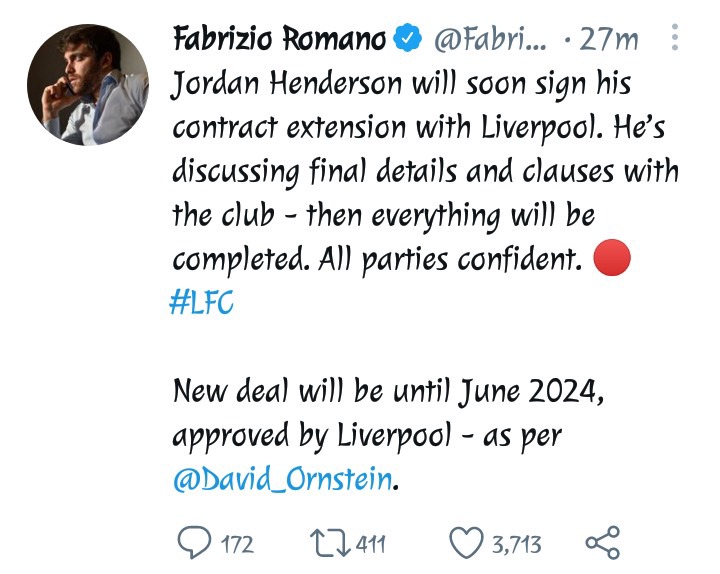 Henderson’s contract renewal has come very late in the transfer window because Liverpool were hoping to sell him this summer. However, his massive wages proved to be a tough hurdle for suitor clubs who withdrew from their interest in signing him. Arsenal were once linked with the English player but after lokonga’s transfer move, the transfer rumors linking Henderson to Arsenal were ruled to be false.

Mohammed Salah was heard giving a piece of advice to youngster Elliot Harvey during the clash between Liverpool and Hoffenheim at Anfield in the pre-season campaign a few weeks ago, and yesterday the wonderkid did exactly what Salah told him and everything worked out well for him. Salah was heard telling Harvey to always keep the ball towards his weaker foot so that the defenders do not anticipate when he is going to shoot. He also warned him against daring to challenge the last man defender because there is less than half a chance of dribbling past him. 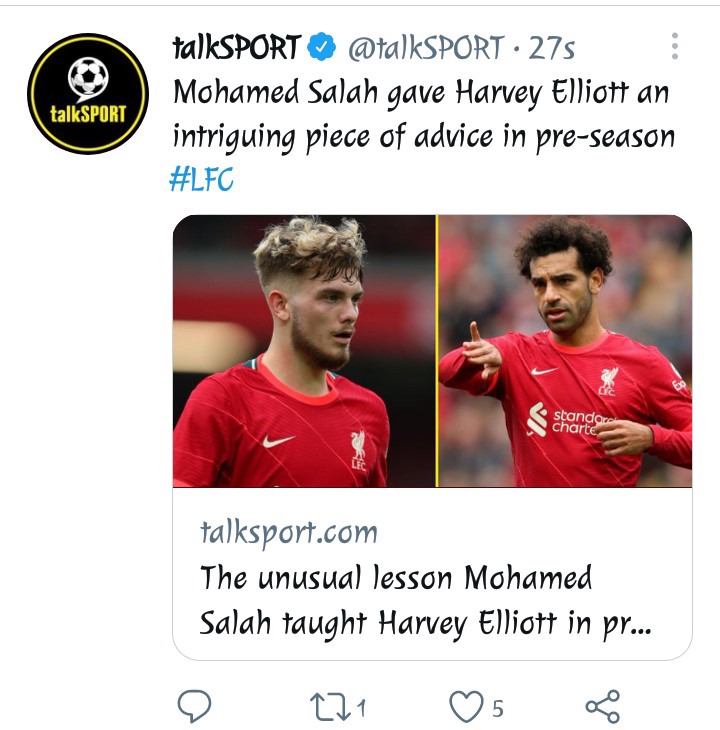