By WekesaBasil (self media writer) | 5 months ago 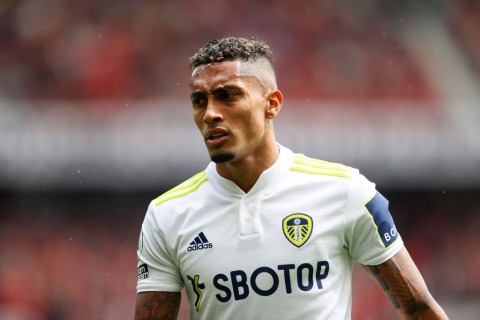 The Brazil international winger was instrumental in keeping Leeds United from relegation netting 11 goals in the Premier League during the last campaign.

Raphinha has been linked to top European clubs this summer Barcelona reportedly having the advantage to sign him. Chelsea and Tottenham are also monitoring the 25-year-old.

However, according to reports by The Times, The Gunners have also joined the race and they are is now expected to submit an offer to Leeds United. It is reported that Arsenal’s technical director has held negotiations with Raphinha’s agent, Deco. Leeds value the winger at £50 million.

Raphinha had a relegation clause in his contract which would have seen him available for only £30 million, but Leeds United are asking for £50 million after avoiding relegation last season.

The future of the right winger remains uncertain, he had reportedly agreed personal terms with Barcelona but now Arsenal are ahead of Barcelona in the race for the 25 year-old winger.