By darilbasil6 (self media writer) | 10 months ago

Arsenal have three key problem left to improve in the summer transfer window; the midfield where they need a creative number 10 that will help elevate Arsenal to compete with European's top clubs like Liverpool, Manchester City, Chelsea and Manchester United.

Arsenal recently losed Norwich's FC playmaker Emi Buendia to Aston Villa and chances of signing Jack Grealish who was highly linked with a move to the North London's has been dimmed since then.

Arsenal have sought for options to strengthen their right flank and have inquired for Barcelona's Sergiño Gianni Dest. Dest who's currently with the Spanish La Liga's side Barcelona is being trailed by Arsenal. Arsenal aren't prioritizing the signing of the young defender but are surely monitoring him and have had contact with the youngsters camp.

Barcelona's Sergiño Dest is an exciting young defender that Barcelona shouldn't be prioritizing selling him but the Spainish side club are in need of money inorder to make new signings and acquire fresh talents.

The American International Sergiño Dest is said to be the solution to Arsenal's right back option with the move of Hector Bellerin looking imminent. Calum Chambers is an option at the right back position suppose Hector Bellerin moves to the Italy winners Inter Milan, but he is not that quicker, most likely an upgrade can be acquired to offer back up, Sergiño Dest being the potential candidate for Mikel's Arteta side.

Bayern Munich and Arsenal have both made an approach for the youngster defender. Barcelona are ready to release the player if only the right offers arrive from the interested clubs and it would be hard for them to turn it down.

The youngster has a price tag of £ 30m pounds with a release clause of about £ 26.5m pounds. This could be good business if a deal is struck between Arsenal and Barcelona but Arsenal would benefit more given Sergiño Dest's ability and age.

Despite the American International being linked with a move outside Camp Nou, the youngster wants to stay at Barcelona and is not convinced parting ways with the Spanish La Liga's side Barcelona. 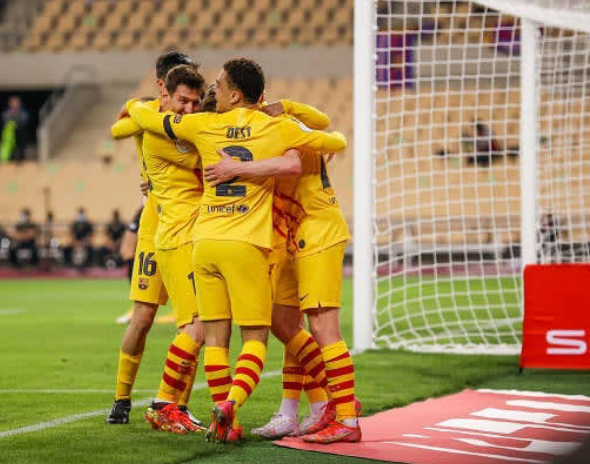