By HeraldKing (self media writer) | 11 months ago

The independent regulatory commission at the Football Association (FA) has given its verdict on the appeal by Southampton FC concerning the red card shown to Jan Bednarek on Tuesday evening. The defender was sent off by referee Mike Dean for denying Anthony Martial an obvious goal scoring opportunity during the Premier League fixture against Manchester United FC. 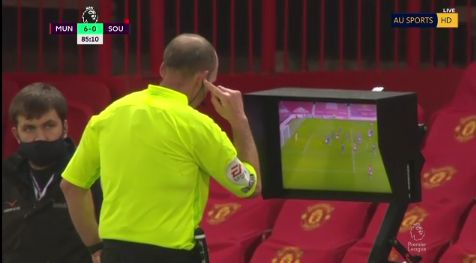 According to the club's website, The FA has issued a statement overturning the decision allowing him to feature in the Saturday's away fixture at St James' Park against Newcastle United. The Polish defender received the matching orders after being judged to commit the offense in the 86th minute.

“Jan Bednarek will be available for Southampton FC’s next fixture after an Independent Regulatory Commission upheld a claim of wrongful dismissal and removed his suspension,"read part of the statement.

The club was not pleased with the officials' judgement, forcing immediate appeal for reversal. The Saints went ahead to suffer the biggest defeat of the season going down 9-0 to Manchester United.