Greenwood To Lead Manchester United At The Frontline Against Liverpool See Man U Predicted Squad.

By Wizard1 (self media writer) | 7 months ago

Mason Greenwood will be at the Frontline when Manchester United will be facing Liverpool on Sunday at Old Trafford. Greenwood has shown great performance since joining Manchester, he is one of the key players who have changed Manchester scoring sheet against their opponents. Liverpool pool have been producing poor results since the start of the season but klopp confirmed that they are just playing to end the season. 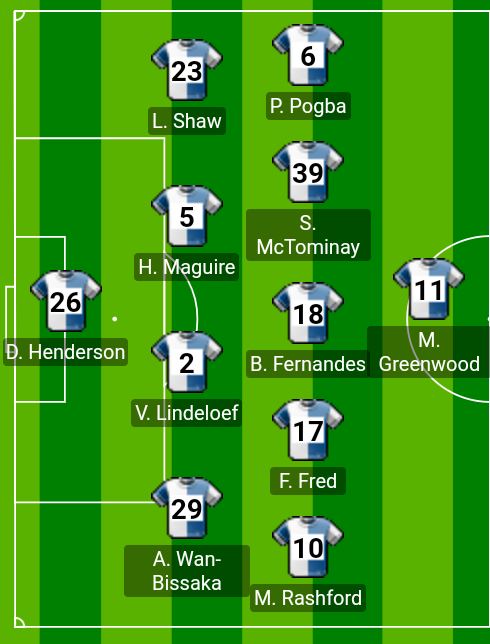 Wan-Bissaka, Luke Show, Harry Maguire and Lindeloef will remain as the corner stone of the defence. Wan-Bissaka has played an important role at the defence since the start of the season, no player has been too hard for Wan-Bissaka to handle. Dean Henderson will remain at the post since he has tried to secure many clean sheets this season. 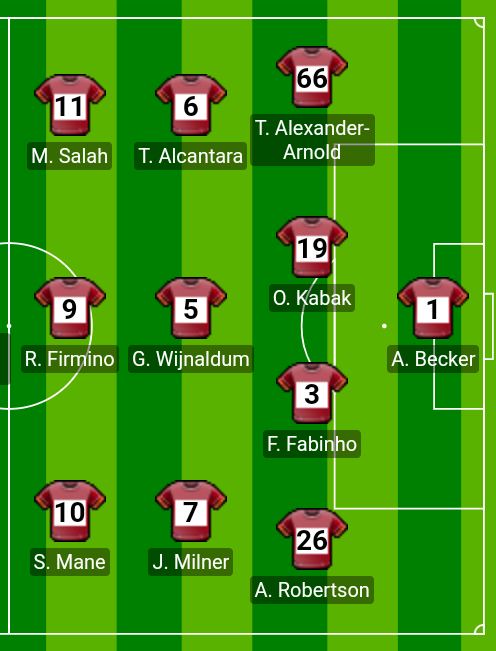 Manchester United occupying the second position at the Premier League table with 67 points will be facing Liverpool at the sixth position with 54 points. It just clear that Liverpool have performed badly this season compared to last season. Live pool have lost one of their last five games considering four draws and one win while Manchester United have won four of their last five matches considering one draw. 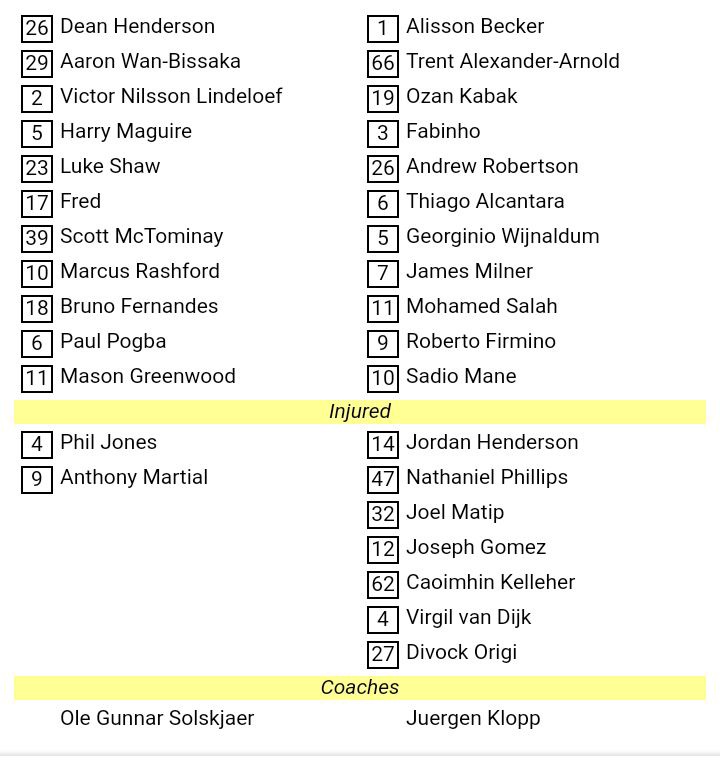 Firmino, Mane and Salah will be playing as strikers for Liverpool, Alcantara Milner and Winaldum will be playing at the midfield , Arnold, Robertson, Fabinho and Kabak will be holding the defence. Allison Becker will be at the post, Becker has performance poor this season because more goals have been scored against Liverpool.

Content created and supplied by: Wizard1 (via Opera News )