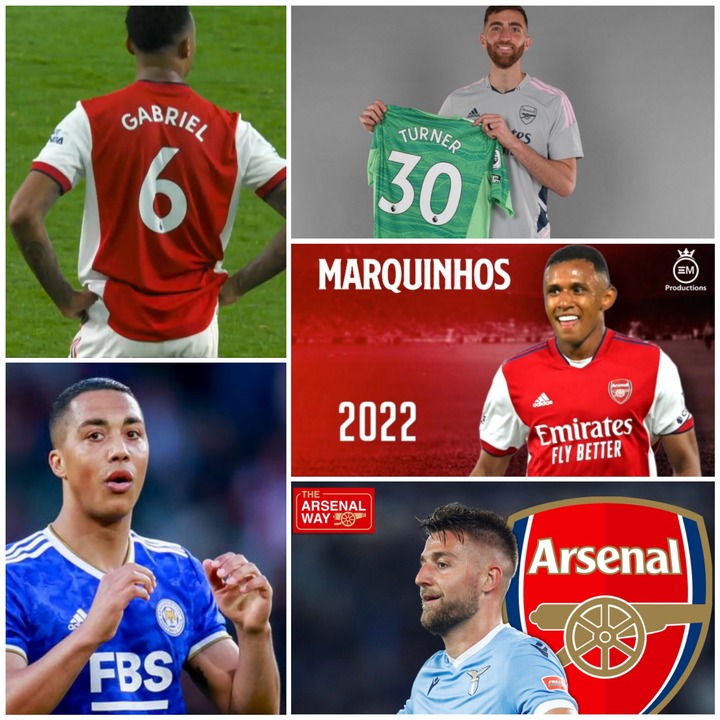 Arsenals' total summer deals after confirmation of Gabrel Jesus signing from Manchester City for £45m on Monday was four in number. He follows Matt Turner, Fabio Vieira, and Marquinhos for the 2022 -2023 campaigns but he is likely more to come. Mikel Arteta is interested in adding more strength to his squad to have more reports about support throughout the squad.

Today we have updates on the hunt for Youri Tielemans, a new midfielder target, and Lisandro Martinez as well as a verdict from Bernado Silver. Baring in mind that London football takes the biggest stories of the day. 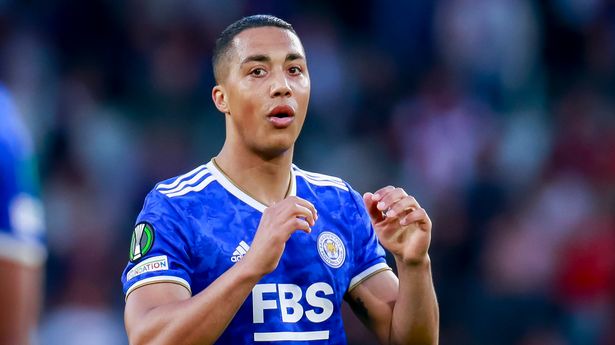 After the confirmation of Gabriel Jesus of Manchester City was expected to fill the space left by Lacazette, Bernado Silva sent a message praising the player that he was a true warrior in bad and good moments through his Twitter account. 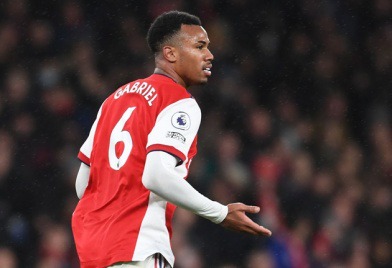 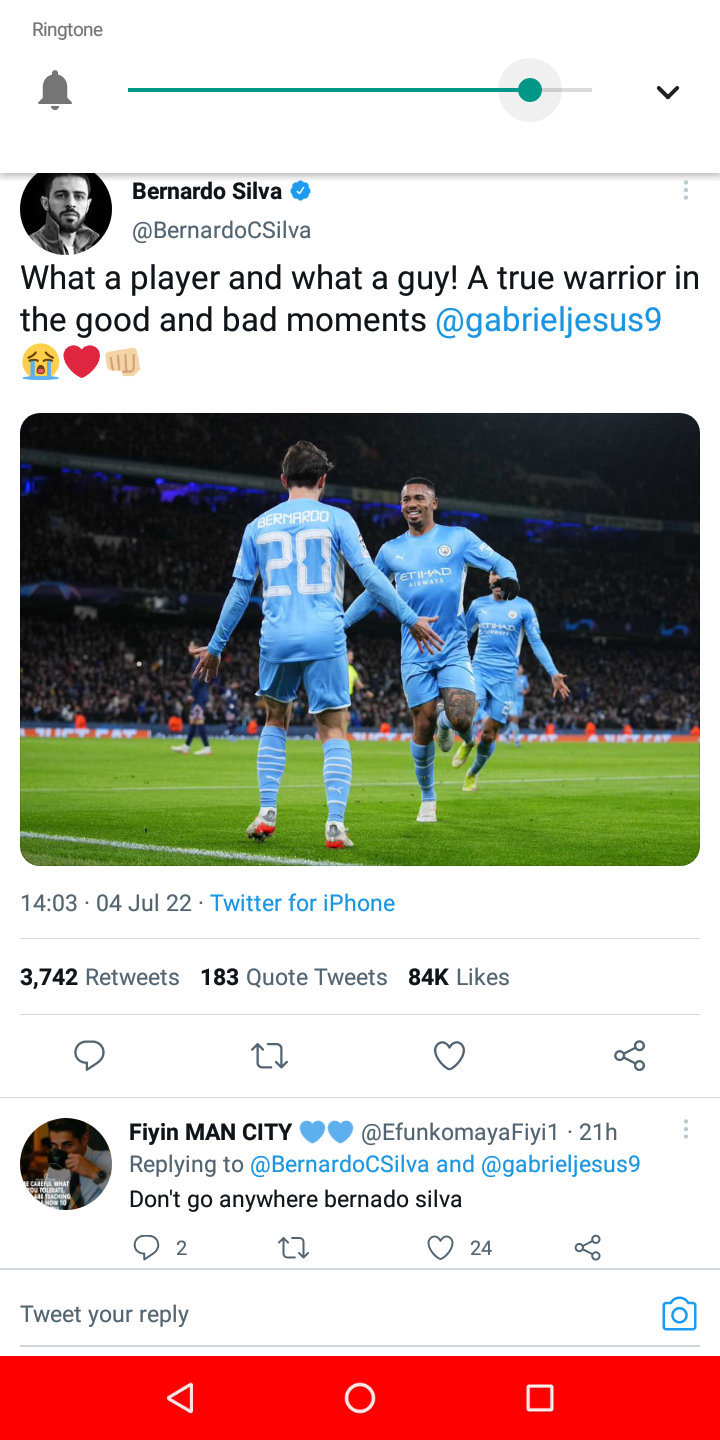 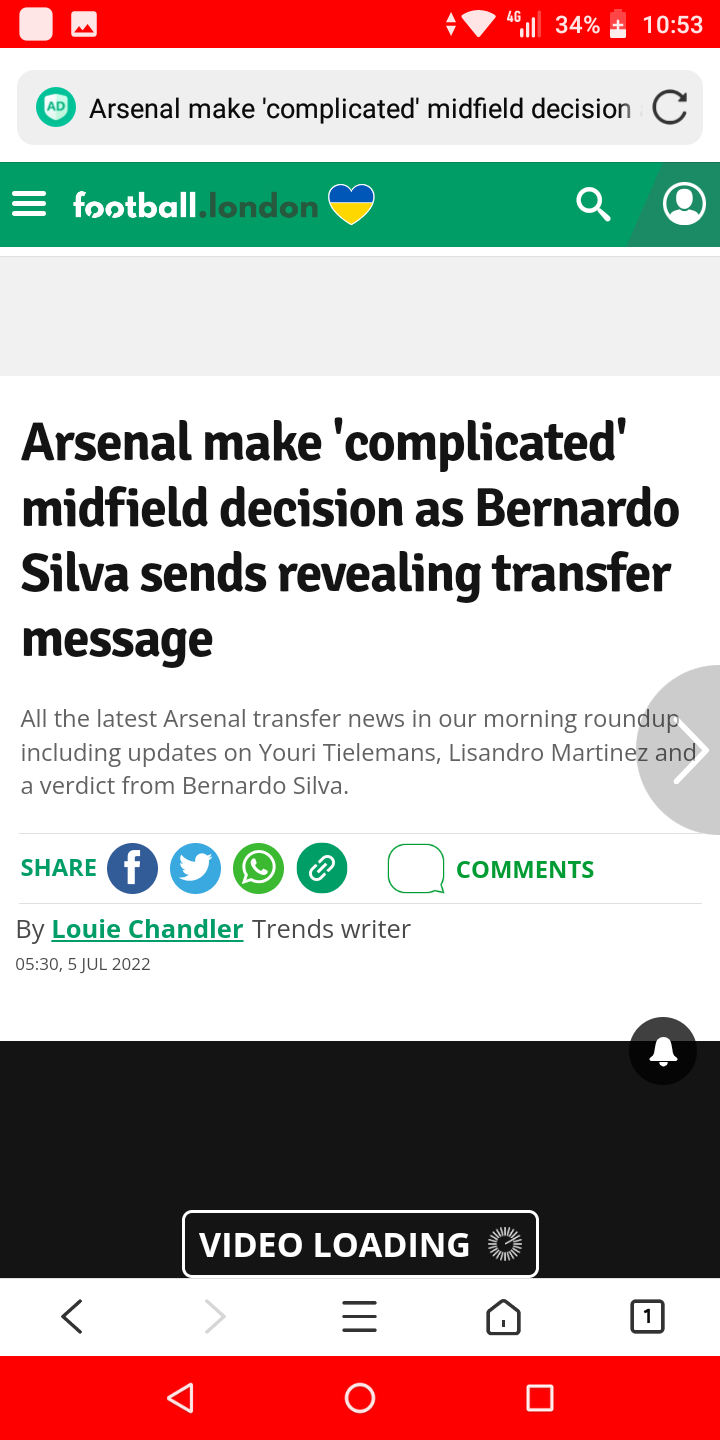 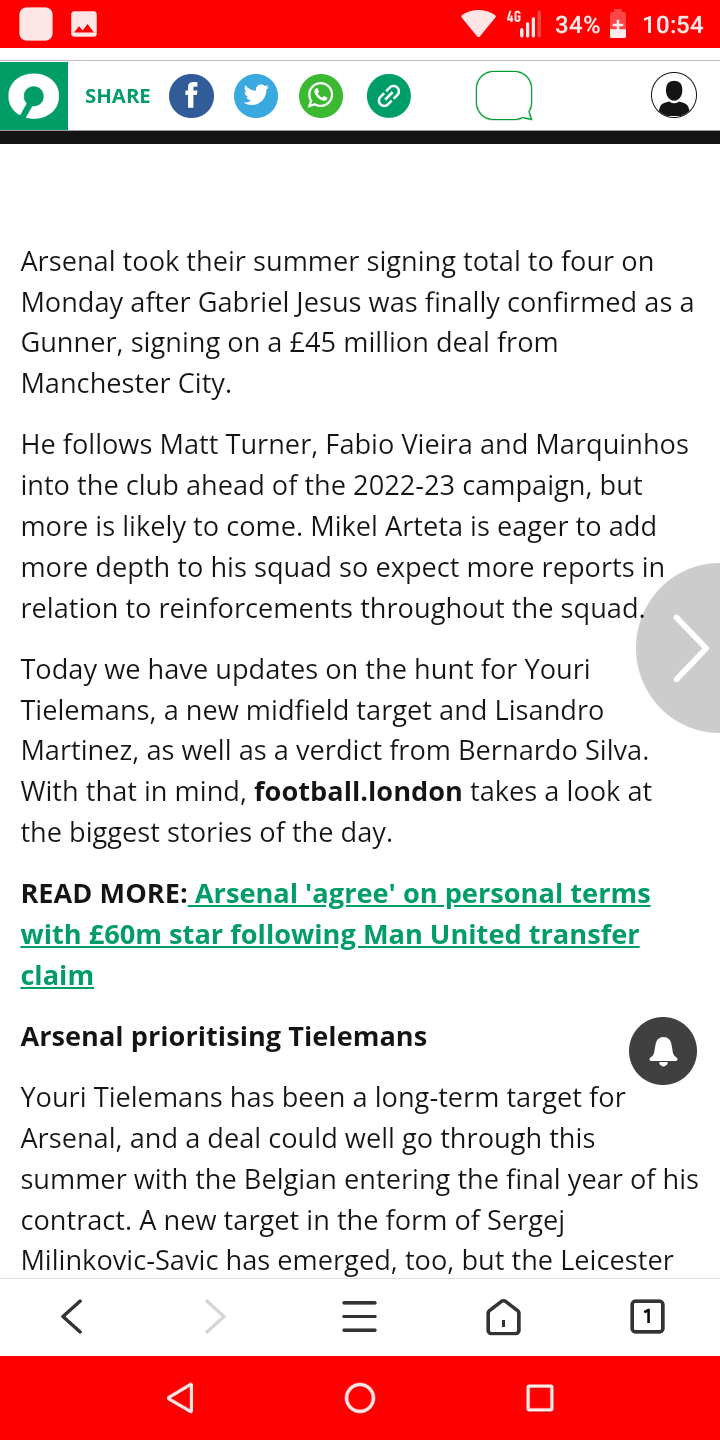 Content created and supplied by: @Dom001 (via Opera News )