Rangnick Moves Ahead of Tuchel As Guardiola, Conte Become The Top Three Most Earning EPL Managers

By TrippleM (self media writer) | 4 months ago 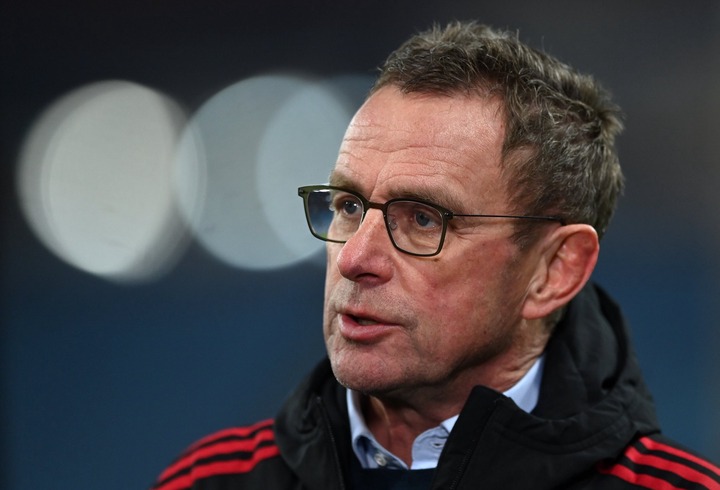 Following just the latest reports made by the Sun and echoed by the top Italian sports journalist Angelo Mangiante, it has come to the attention of Many that Manchester United Manager Ralf Rangnick is getting paid more salary that Chelsea's Thomas Tuchel.

Besides big differences in winning major trophies for their current clubs, Rangnick who still acts as an Interim manager is said to be pocketing £8 million per month, making him the 6th most salary earner in the list of top earning managers.

However, his top EPL competitor Thomas Tuchel who has now won almost everything with Chelsea except EPL cup since he landed at Stamford Bridge is at position eight in the list, earning a salary of £7 million. 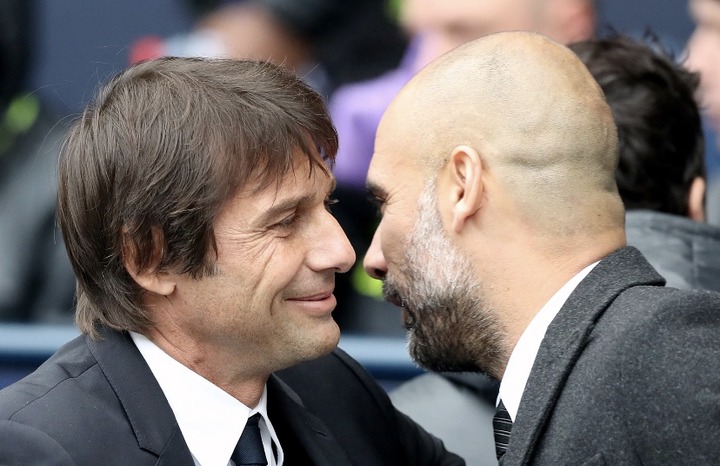 And in that list, the most payed EPL manager is Josep Pep Guardiola of Manchester City, bagging £19 million per month followed by Liverpool's Klopp and Antonio Conte of Tottenham who are earning £16m and £15m respectively.

Brendan Rodgers of Leicester City takes the fourth position by earning £10 million followed by Arteta who gets £8.3m, just £0.3m higher than that of Rangnick who is the sixth in the list.

And just as shown in the list by Angelo Mangiante, Bielsa who is ahead of Tuchel is also earning £8m as Hasenhuttl takes the 9th position with £6m followed by Everton's Frank Lampard who earns £5m.

West Ham United Manager David Moyes and Aston Villa's Steven Gerrard follow each other closely as they take position 11 and 12 in the list, earning £5 million each. 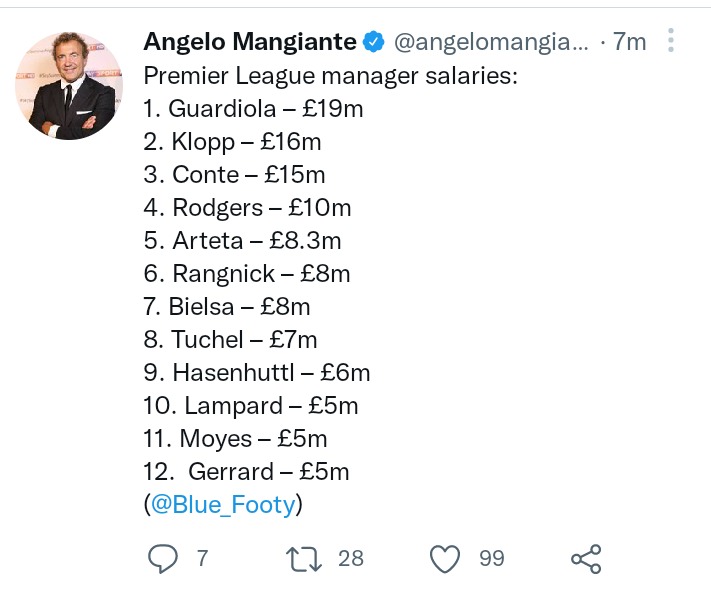