Not the Expected Performance from Kenyan Stars Abroad.

It was a bad day for Kenyans who play their professional football abroad as they saw their teams going down.

Jesse Were's Zesco United settled on a draw against the current Zambia Super League leaders Green Buffaloes FC. Zesco United who were left with 10 men on the pitch following Chapa's booking in the 39th minute, took the lead in the 53rd minute from Ndhlovu's strike.

However, the lead was cut short in the 90th minute after Kampamba converted a penalty kick; a result of Ngulube's foul on Sautu in the penalty box.

Kenya international Jesse Were was replaced by Enock Sakala in the 79th minute as goalkeeper Ian Otieno missed another match for his club. 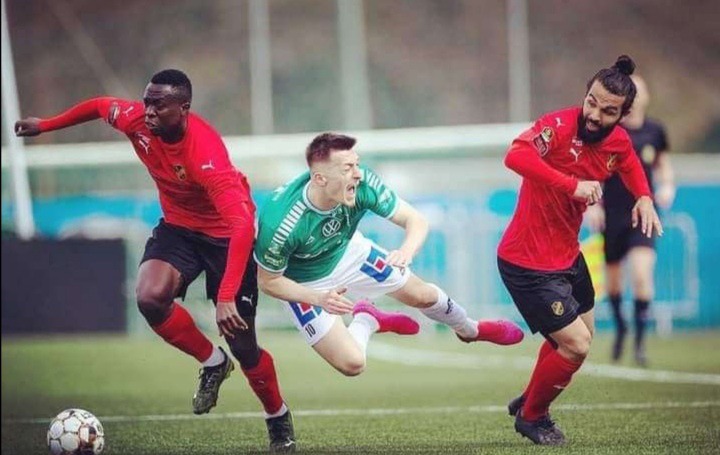 Zesco are second in the Zambia Super League with 13 points as Green Buffaloes leads with 20 points having played a match extra.

Zambian outfit Nkana FC, home to Duke Abuya lost against Kansanshi, 1-0. Abuya was not on the starting lineup and his side is now in position 7 with 10 points.

Elsewhere, Kenneth Muguna watched as his side Azam got eliminated on 1-0 aggregate from the CAF Confederation Cup competition by Egyptian side Pyramids.

Muguna is still serving his ban from the CAF matches following his attack on referee in Zambia as his former side Gor Mahia lost to Napsa.

Swedish Superettan League was on with Vasalunds home to Kenyan international players Mohammed Katani and Anthony Wambani losing 1-0 to Vasteras SK at home.

Katana came in for Durmaz in the 88th minute as Wambani played the entire 90 minutes.

In another Swedish Superettan encounter, Eric Johanna's Jonkopings lost at home to Orgryte, 2-0 who misplaced them to position 9.

However, Johanna was not named in the matchday lineup for another week.

Today's 5 matches to win you 3k with a little stake.