Drama As Hustlers Vs Dynasties Fight Over Wheelbarrow Narrative In Nakuru

By Newscompliers (self media writer) | 1 year ago

There was a dramatic scene at Narumoru Stadium in Nakuru county after two groups of youths one allegedly being Dynasties while the other with wheelbarrows calling themselves hustlers clashed before fighting. 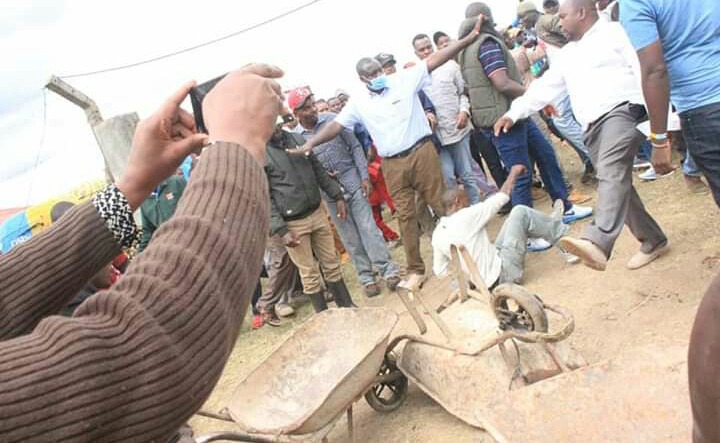 According to the source, the incident occurred at Narumoru stadium where a football match was taking place. Further reports indicated that the teams which were to play were Marafiki FC and Narumoru FC.

Several youths emerged from the town with wheelbarrows hauling a few people who had just arrived at the stadium with vehicles preparing to watch the derby game. 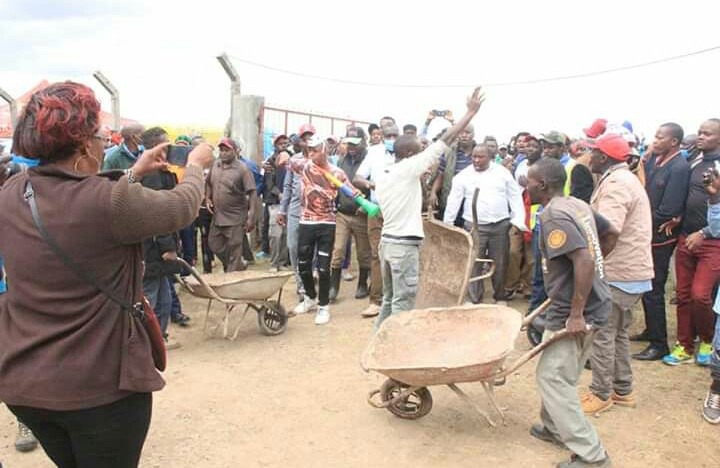 They tried to stop them by blocking the entrance using those wheelbarrow calling them dynasties. The incidence became critical until the two groups exchanged blows leaving several people with injuries. 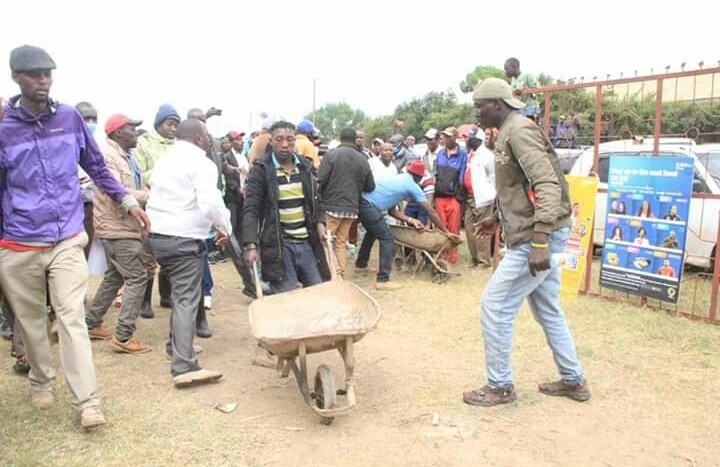 Police officers were forced to intervene until the situation calmed down. The officers called upon youths not to engage themselves into activities that will bring chaos and instead promote peace.

Police Shoot Dead One Person; Here's What Irate Residents Did