Rangers won their last match 1-0 against St Johnstone in the Scottish Premiership. They had 56% possession and three shots on target in this match. They also had one corners at McDiarmid Park, with Glen Kamara on the scoresheet.

Aberdeen lost 2-0 in their previous match when facing Hearts in Scottish Premiership. They had four shots on target at Tynecastle Park, recorded 44% possession and were awarded one corners.

When Rangers last played Aberdeen, it ended in a 1-1 scoreline at Pittodrie Stadium.

Looking back over the past 10 matches, we have seen Rangers win six times. Four games ended in a draw and there has been an average of 2.9 goals scored. 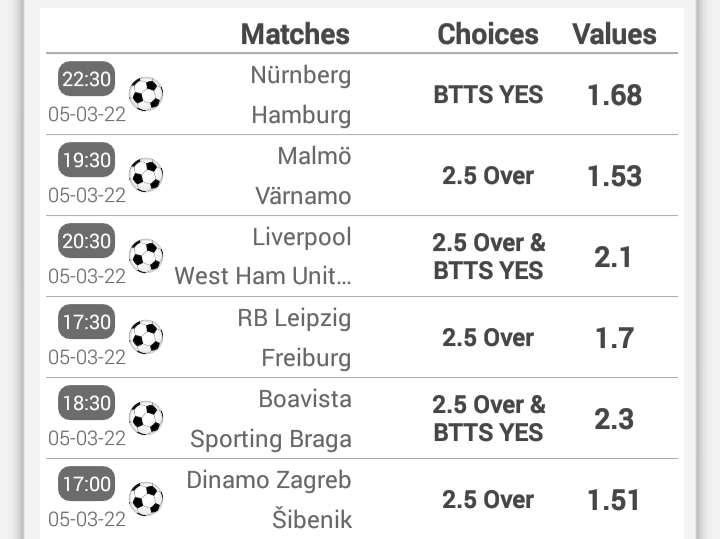 Ross County had three shots on target when they won 1-0 against Motherwell at Fir Park. Joseph Hungbo found the net during this Scottish Premiership match.

St Mirren had one shots on target when they lost 2-0 against Celtic at Celtic Park in this Scottish Premiership match.

Ross County and St Mirren drew 0-0 at The SMISA Stadium when they last played each other.

Looking back over the past 8 matches, we have seen Ross County win one time and St Mirren win five times. Two games ended in a draw and there has been an average of 2.5 goals scored.

Fuenlabrada lost against Almeria in their last match, losing the La Liga 2 clash 3-1. Mohamed Bouldini scored in the game at Estadio Mediterraneo, with Fuenlabrada having three shots on target and they had 31% of possession.

Burgos CF lost 2-0 in their previous match against Eibar. They managed to have 44% possession in this La Liga 2 match at Municipal de Ipurua.

How To Test A Man's Love For You, Here Is How To Know Whether His Love Is Truly Genuine Or Not

Do This If You Notice A Spiritual Battle In You