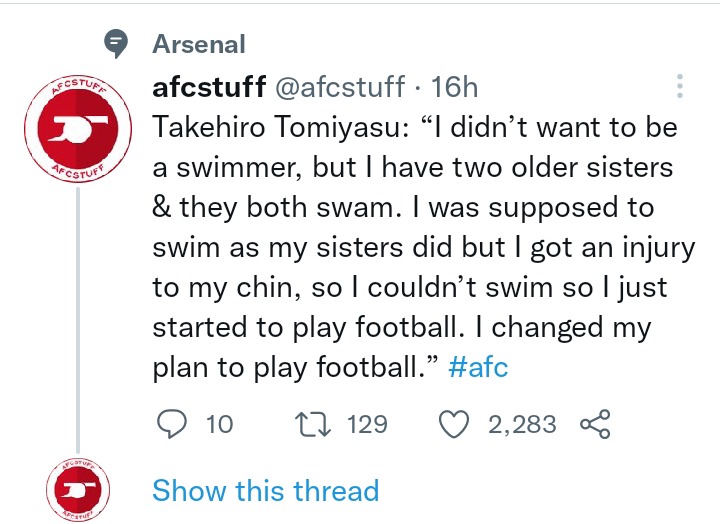 Arsenal’s defender Takehiro Tomiyasu has admitted that his passion for football began after he sustained a chin injury that hampered his swimming career. He said that he has two sisters who are super swimmers in his home country and they had convinced him to join the swimming club in high school so that they would share the same ambition of becoming professional swimmers.

Tomiyasu said that he started playing football as a hobby but his coach noticed that he was very talented in the game. He advised Tomiyasu’s parents to support Tomiyasu in the sport and the is history. During his interview with Arsenal’s reporter Frimpong, he said that he feels very welcomed at Arsenal and he will do everything possible to scale the team to new heights.

Football pundit Paul Merson has made a bold statement after he predicted Arsenal’s win in the upcoming North London derby. Merson said that currently, Tottenham is under immense pressure from losing back-to-back EPL matches and so they are vulnerable to a defeat at Arsenal. 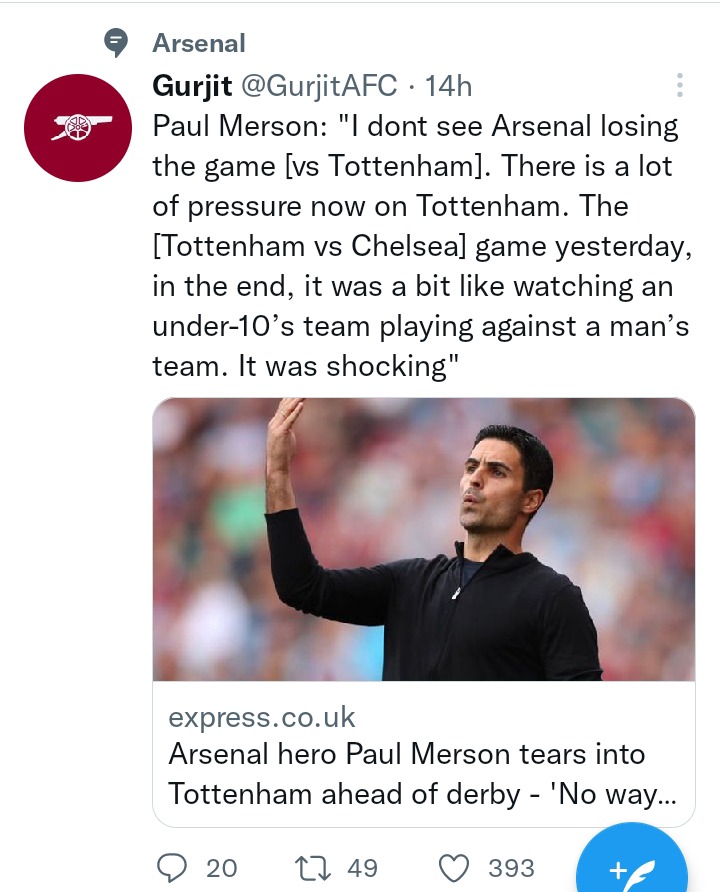 “No offense to Tottenham fans, but Arsenal for me are going to win the derby. If you look at Arteta’s squad especially the new signings, you will see that Arsenal have a new strength at the back. Tottenham on the other hand, contradict Arsenal’s improvement; they are weak defensively. If Arsenal score first in the game, I’ll consider the match done and settled because Tottenham will not crack a goal against Arsenal." 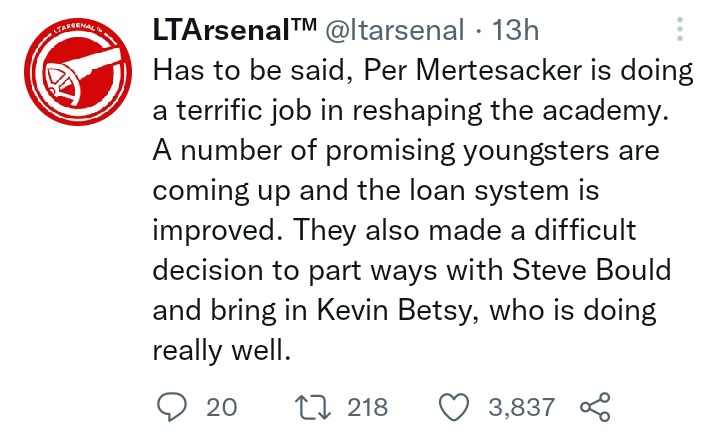 Arsenal’s academy is becoming the talk of the town in London and England at large following their recent successes over the years in nurturing big talents such as Bukayo Saka, Serge Gnabry, Emile Smith Rowe, and the likes. Per Mertesacker who has been the Academy’s football director has been making tremendous progress in developing the Academy, something which has been acknowledged by the club’s fan base.

According to a Study, Coffee Can Help You Burn More Calories.