Leicester have a huge list of absentees due to injuries and international action. This is likely to limit their ability to make the most of home advantage, where the team has picked up five of the seven league wins so far this season. Tottenham might have picked up their first away league victory under Antonio Conte, but they are far from convincing in away matches. Leicester will also be keen on revenge for the 4-2 loss, which ended the Champions League qualification hopes, suffered back in May. However, both teams are likely to cancel out each other.

Manchester United continue to go through a poor set of results and the latest came in the form of a 2-2 draw with Aston Villa during the weekend. However, Brentford are in a worse spot than United. The home team are missing some key players for the game and they have also been conceding a lot of goals in recent matches. United have the likes of Bruno Fernandes on top form and they should be overcome the potential absence of Cristiano Ronaldo with ease. 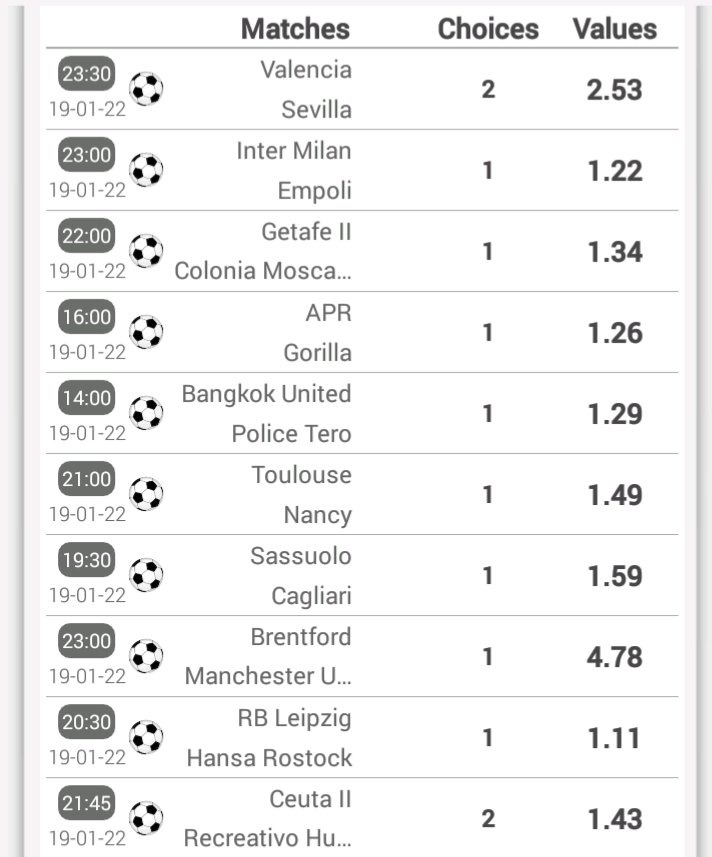 Sevilla have picked up five consecutive wins over Valencia in all competitions. The visitors also come into this game with the title hopes still intact as a result of staying just five points behind Real Madrid with the game in hand. Sevilla have managed three wins in the last four away league games, while Mestalla has not been exactly a fortress for Valencia with only four wins in 10 games.

Content created and supplied by: Jackie44 (via Opera News )