United Fans React To Liverpool's Defeat To Real Madrid In Champions League & Missing Out On Treble. 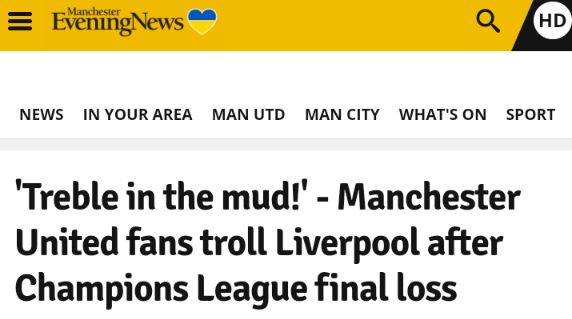 Manchester United fans were happy to see Real Madrid win the Champions League trophy last night in Paris against Liverpool. In the just concluded campaign Liverpool had already won FA Cup and Carabao Cup and were seeking Champions League in a way to make it a treble. 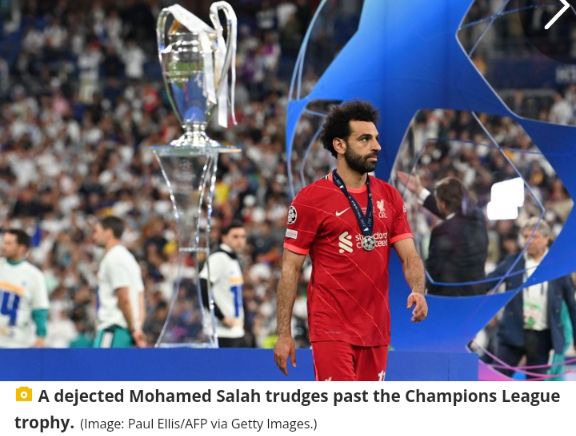 After missing out on Premier League title on the last day of the season to Manchester City who won against an Aston Villa side by 3-2 goals in the last day. With Manchester United having won the treble in the year 1999. Where United lifted up their FA Cup, Premier League and Champions League trophies respectively. 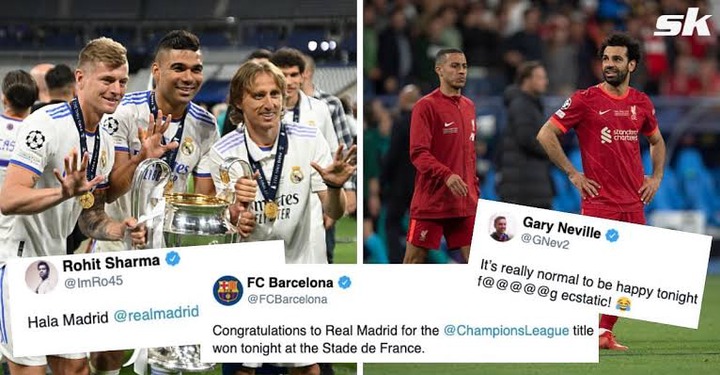 And now Manchester United fans reacted on social media on a night of painful defeat to Klopp's men. On Manchester evening news, "Winning a treble is not for everyone. "Wrote one fan while others as well, "Treble in the mud! Man United is nobody's mate! "So is another supporter, "Hala Madrid. Liverpool treble my foot. 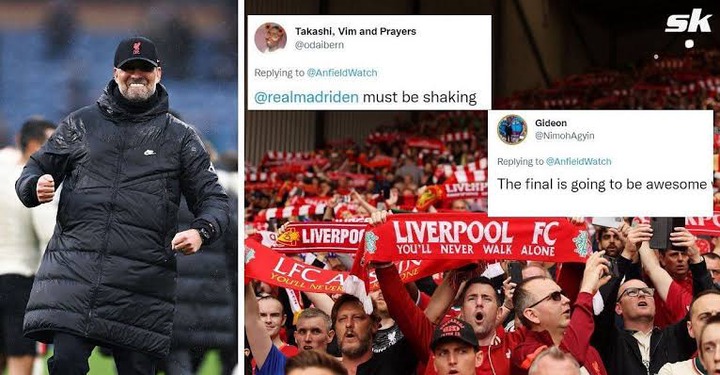 Liverpool will never do what United did with Sir. Alex. Jokers! "A very determined supporter concluded. Meanwhile Klopp has as well missed a chance to lift-up the Champions League trophy in his second time with Liverpool after 2019 glory.