By SureFootballTales (self media writer) | 24 days ago 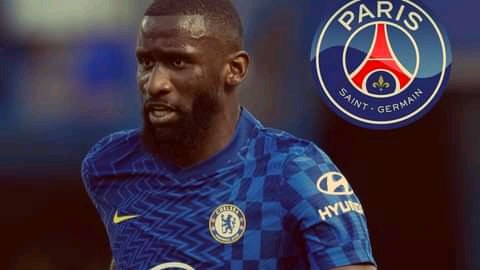 Former Manchester United centre-back Rio Ferdinand has snubbed Virgil Van Dijk, Reuben Diaz, Raphael Varane and Harry Maguire to name Chelsea defender Antonio Rudiger as the best defender in the division. Rudiger has kept 4 clean sheets in 5 Premier League appearances for Chelsea, scored a goal and provided assist this season. However Antonio Rudiger is yet to agree a new contract with Chelsea as he wants £250K per week for him to sign a new deal while Chelsea are offering £200K a week. Real Madrid have listed Chelsea defender Antonio Rudiger alongside Pau Torres of Villareal, Marquinhos of PSG, Matthias Ginter and Milan Skriniar as possible replacements for Varane and Sergio Ramos. 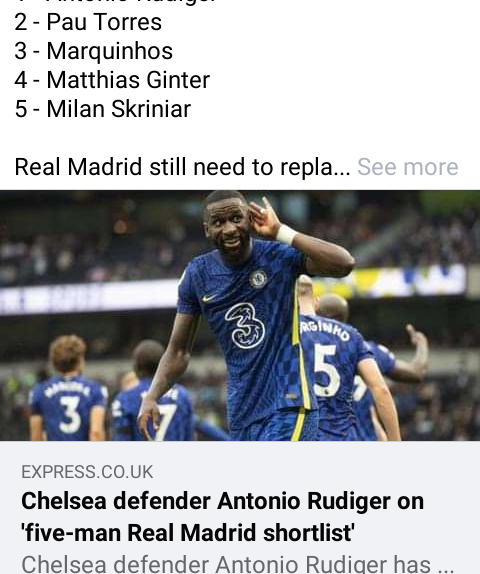 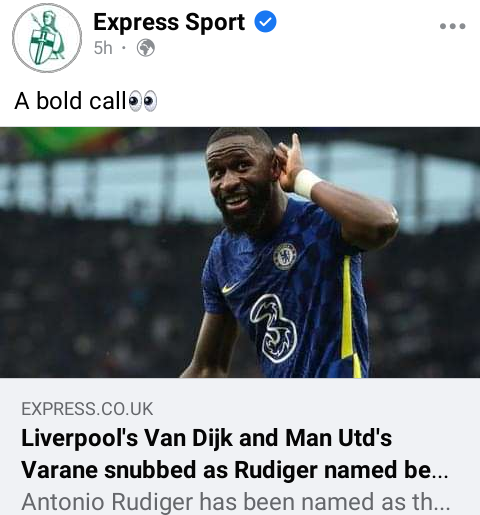 2: Chelsea Goalkeeper Mendy Ruled Out For A Week

Chelsea Manager Thomas Tuchel revealed that his number one choice Goalkeeper Edouard Mendy was in 'too much pain' to face Tottenham last week in a game where Kepa Arizabalanga kept a clean sheet. Chelsea won 3-0 without Mendy who could be fit in the upcoming Manchester City Premier League fixture. Kepa Arizabalanga will he starting for Chelsea tommorrow in their EFL Carabao Cup 3rd round fixture. 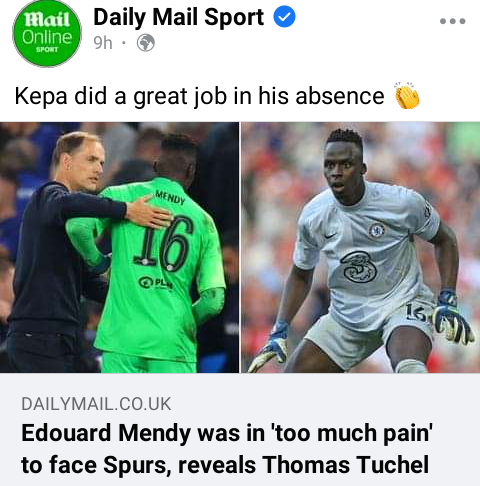 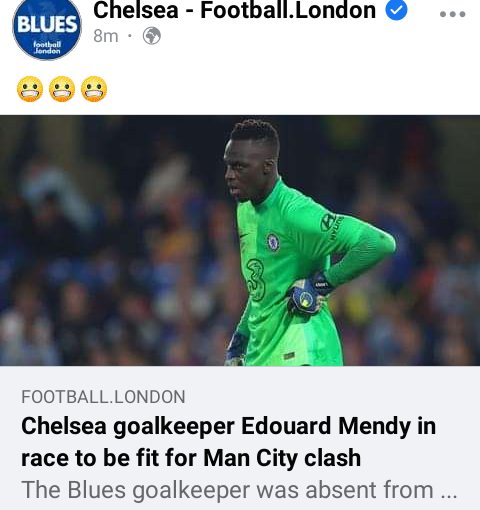 Chelsea and Denmark defender Andreas Christensen has reportedly agreed on his new 4 years contract until Junrle 2025 that will see him earn around £140K per week. Chelsea rewarded Christensen with the new deal after his huge change on performance which has seen Marina change his mindset on selling him next summer. Christensen previously underwent through a hard carreer at Stamford Bridge which saw his salary being cut significantly. 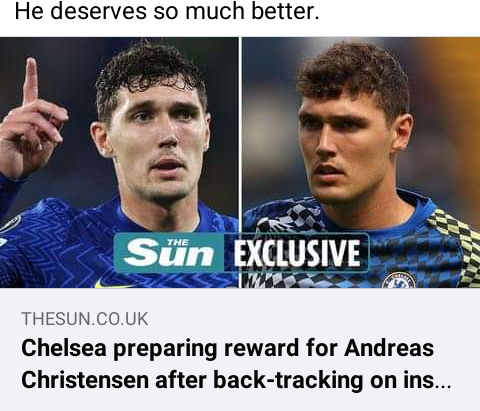 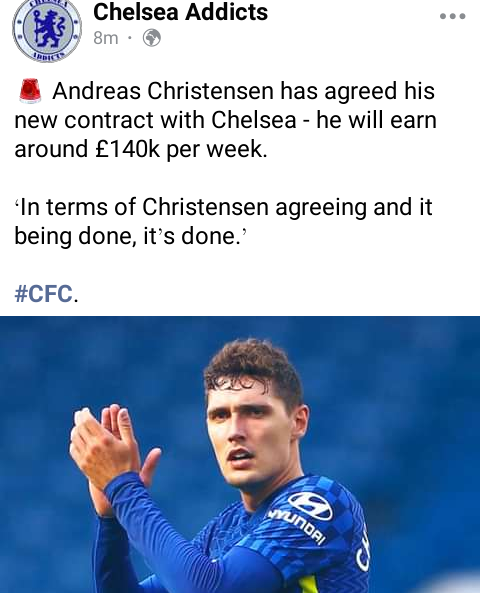