EPL Clubs And Their Current Managers

By Jafarmuzik (self media writer) | 29 days ago

Here are some of the English Premiere League managers and their current clubs that we love to support as their die hard fans.

Rafael Benitez is in Everton club as the their manager on a three year deal. 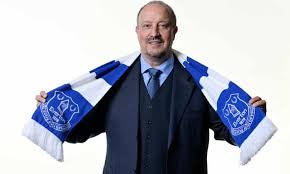 Mikel Arteta is the current Arsenal manager after his appointment as the head replacing Freddie Ljungberg.

After the exit of Jose Mourinho as the Manchester United manager in March 2019, Solskjaer was appointed as the manager and has been in old Trafford for two years now.

He is the current head coach of Chelsea who was appointed in January 2021.

Jurgen Klopp is the current Liverpool fc manager since 2015 when he got his chance to manage in the Premier League club in England.

Sean Dyche is the longest serving manager in the Premier League, having been in charge of Burnley since October 2012.

Pep Guardiola has been the Manchester City manager since the start of the 2016/17 campaign.