By StunningSoccerNews (self media writer) | 10 months ago 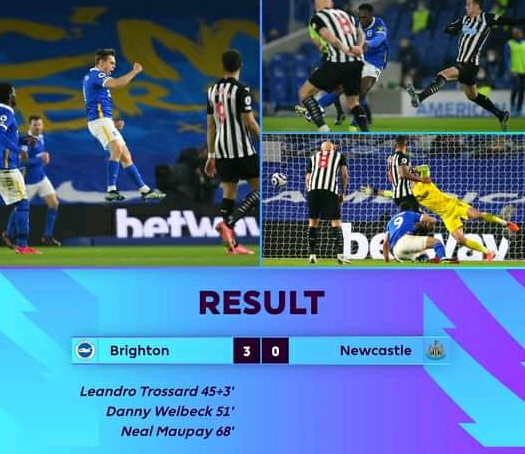 Brighton rained terror on Newcatle United at Amex Stadium after demolishing them 3-0 to claim all the 3 points. Brighton had won the reverse fixture 3-0 at St James Park, hence were clear favourites to clinch a clean sheet victory & move 7 points clear above the relegation. Brighton opened the scoring through Leandro Trossard in the 48th minute (added time) to force a 1-0 lead for the hosts at the Break. The Seagulls pushed for more goals in the second half as Danny Welbeck & Neal Maupay scored in the 51st & 68th minute respectively to force a 3-0 victory for the hosts at fulltime. After the 3-0 win, Brighton climbed up to position16 in the Premier League table with 32 points while Newcastle United remained 17th with 28 points. 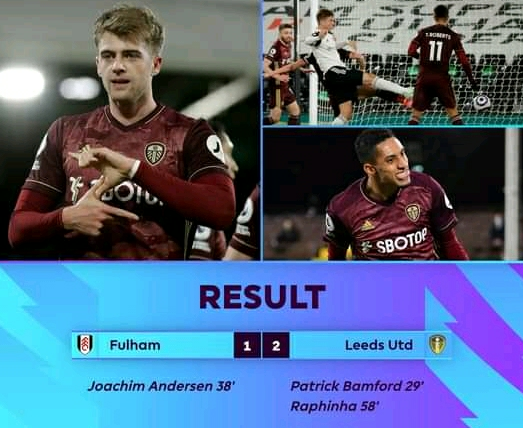 Leeds United edged Fulham 2-1 at Craven Cottage to seal all the 3 points away & complete their 3rd Premier League double of the season. Leeds United won the reverse fixture 4-3 at Elland Road hence came into this fixture targetting for 3 points as they push for top 10 finishing in the Premier League. Leeds United had their first 2 goals cancelled by VAR after they were ruled offside before Patrick Bamford 29th minute stunner stood valid to put Leeds United 1-0 up. Fulham equalised 9 minutes later through Joachim Andersen who tapped in Lookman corner kick to force a 1-1 draw at halftime. Leeds United came into thw second half more motivated to seal all the 3 points & Raphinah combined with Patrick Bamford in the 58th minute to seal a 2-1 victory for the hosts. After the 2-1 win, Leeds United climbed up to position 11 with 39 points while Fulham remained 18th in the Premier League table with 26 points. Arsenal will visit London Stadium to take on Westham in a London Derby today while Tottenham square off against Aston Villa at Villa Park tonight. 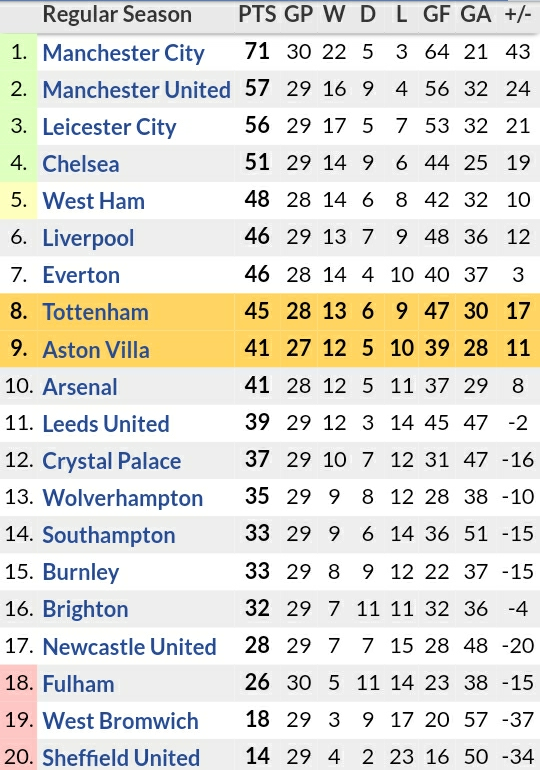