By Kiptanui_Rutto (self media writer) | 1 year ago 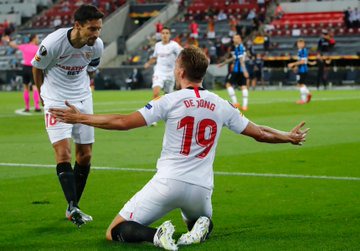 Luuk De Jong becomes the first Dutchman to score in UEFA Cup or UEL final since Van Hooijdonk in 2002 propelling Sevilla to be crown Europa League champions for the sixth time after trouncing Inter Milan 3-2.

The moment Romelu Lukaku put Inter Milan to lead at the RheinEnergieStadion, Cologne with a penalty shoot barely 5 minutes into the game; it took De Jong 7 minutes to level for Sevilla through header. Diego Carlos who scored the third goal had fouled Lukaku in the box.

In the 33rd minute, the ‘Flying Dutchman’ landed in again netting his second brace header but Diego Godin levelled for Inter 2 minutes later ending the first-half in a 2-2 draw in the game that Sevilla had 392 passes while Inter had 432 and both over 82 per cent pass accuracy. 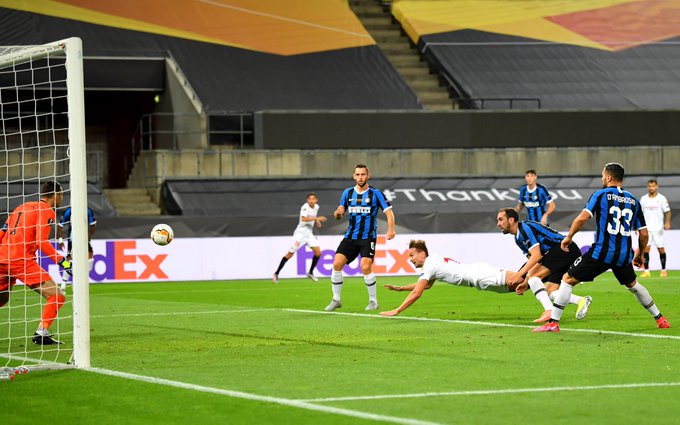 However, if it were not for the intervention of Diego Carlos pressure with an overhead kick which took a huge deflection from Lukaku scoring on goal in the 74th minute, Sevilla would not have been crowned champions in a game that was billed as a tight and a tactical affair with Sevilla getting 14 shots against 9 whereby 6 were on target while Inter had 5. The ball possession was 47 and 53 per cent respectively.

This was the first trophy for their coach Julen Lopetegui after series of unsuccessful career. He was sacked as Spain manager in June 2018 taking Real Madrid job and in October 2018 he was again sacked but in August 2020, he has won Europa League with Sevilla. Lopetegui's first trophy as a manager will mean the world to him. 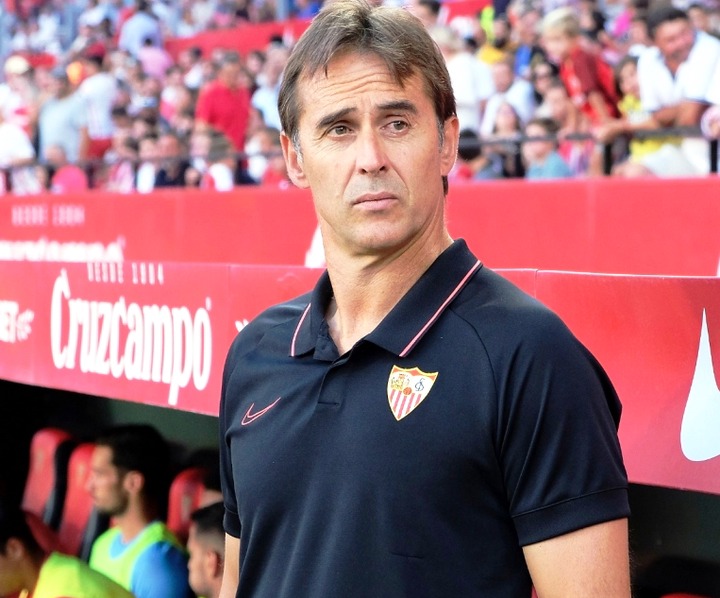 Below are photos of team Sevilla celebrating the UCL trophy. 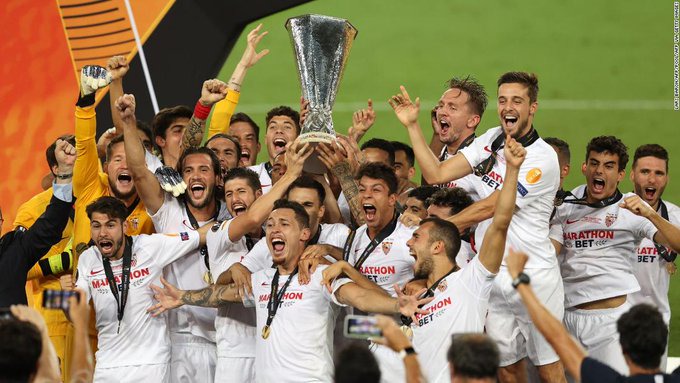 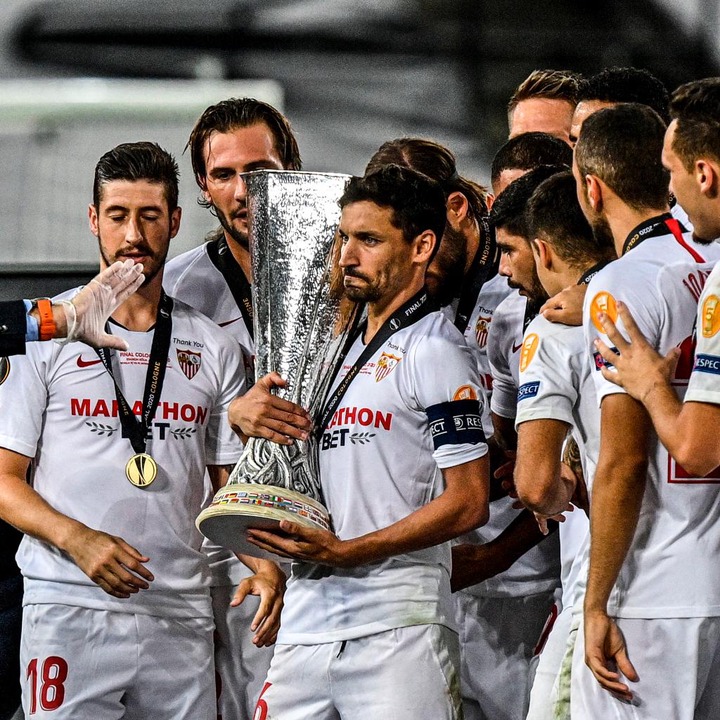 Content created and supplied by: Kiptanui_Rutto (via Opera News )

Mortuary Attendant Excites His Date As He Reveals His Monthly Salary