Kenyan football star and the captain of the national team Victor Wanyama, who plays for CF CF Montréal, is a Canadian professional soccer club based in Montreal, was given a red card after being engaged in a braw with Atlanta United player Josef Martinez.

Joseph was also given a red card.

It is yet to be established what was the cause of the brawl but video footage of the incident has emerged on social showing the two accosting one another. 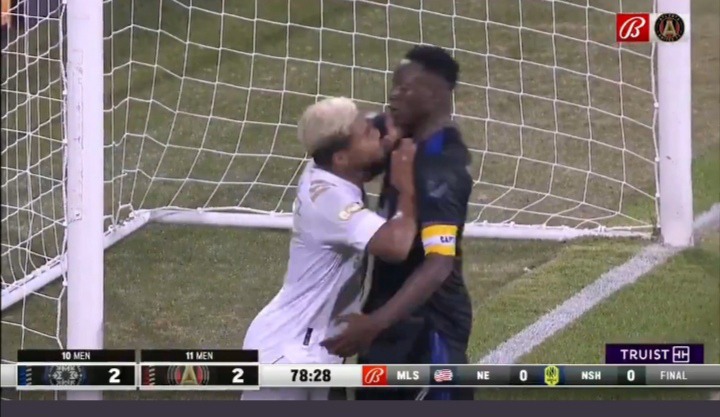 The video begins with the Harambee stars player holding his Atlanta United United counterpart on the neck and pushes him towards the net.

Josef, in retaliation, moves forward and also faces Wanyama and pushes him back.

The nasty incident came to a stop after a group of football players intervened and salvaged the situation.

The incident saw the two-players red-carded at the 82nd minute of the match though the issuance of the red card is not captured in the video.

The two clubs that competes in Major League Soccer as a member of the Eastern Conference eventually shared the points after full-time given that they drew 2-2.

Here is the video:

Principal Allegedly Tricked His Male Students Into His Office, Slept With Them, Then Threatened Them

Kiambu County: Woman's House Burned To Ashes After Being Accused Of Killing Her Husband