Presidential candidate Raila Odinga has donated KSh 500,000 to former Sofapaka player Wisdom Naya, who has to have his leg amputated due to cancer. 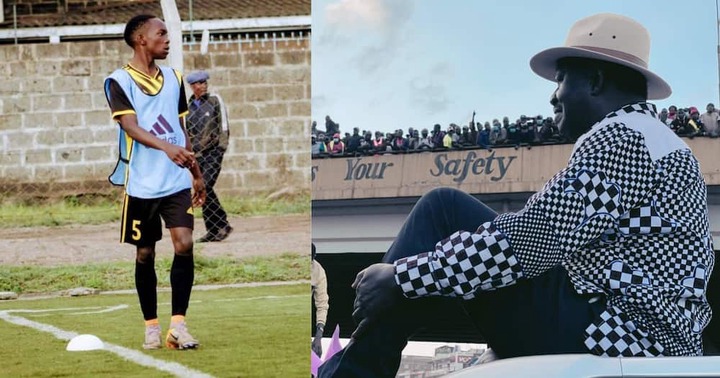 The 18-year-old midfielder joined Sofa Paka during the January 2019 transfer window and signed a three-year deal. Nayah, named the 2018 Player of the Year, in the Copa Coca-Cola youth league, played for the club several games before the Kenyan League matches were banned due to the COVID-19 tragedy.

It was during this period that Nayah realized that he was unwell while he was exercising. After undergoing tests, he was diagnosed with a lump in her thigh known as Soft Tissue Sarcoma, a type of cancer. Earlier this month, her family asked for financial help from good Samaritans to ease the high hospital bill as doctors at Mediheal Hospital recommended Nayah be amputated.

Orange Democratic Movement (ODM) leader Raila Odinga has donated KSh500,000 to help the midfielder get medical treatment during his political campaign on Laina Moja in Kitale, Trans Nzoia County. Raila made the donation after people arrived at his meeting with posters asking for help of the young man.

Raila's contribution was seconded by Saboti MP Caleb Amisi who donated KSh 100,000. Nayah expressed hope of recovering from the disease and returning to the field despite an absence of eight months.