Chelsea will be a club that will need to spend more in the coming transfer window so as to be where the other top clubs are in the Premier League. The Blues' last transfer session wasn't fruitful as most of their targets ran away from them.

And according to report this afternoon, attacker Christopher Nkunku is keen to make a move to the English club could be the chance be available during the coming transfer window. Nkunku is a target for the most clubs in Europe but Graham Potter's side is in the forefront in landing him.

Elsewhere, Noel Whelan has claimed that Tammy Abraham would be worth £70M if Chelsea decides to bring him back to the Premier League. The Blues released Abraham to Roma and his performance has been on horizon while the Stamford Bridge side still struggling amid bringing in Raheem Sterling. 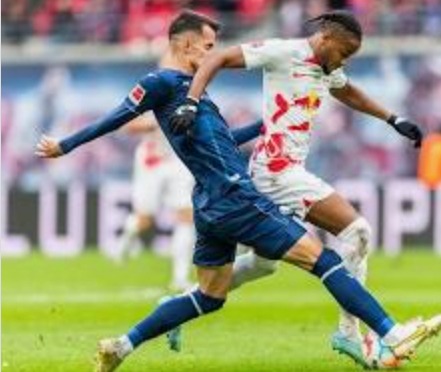 The Blues are also keen on landing a midfielder in their current squad and they are still interested in West Ham United star Declan Rice. Rice is valued at £150M and which will mean the Blues could spent more if they are serious on landing their long-term target this summer.

This comes at a time when Rice has rejected new deal from West Ham United as he tries to force a move away from the club. And ours is to wait and see what happens at the end of the day.