Top Vip Matches To Grant You A Mega Win Today

By @vicAnalyst (self media writer) | 9 months ago

The Bavarians didn't have many problems in progressing further in the Champions League campaign, as they were pretty confident in both previous matches against Lazio.They won over the opponent with a convincing one to four result in Italy, and routinely confirmed their place in the quarter-finals with a 2:1 win in Germany. In Bundesliga, they are looking unstoppable, expectedly holding the leading spot, leaving their closest Leipzig with seven points in deficit. Bayern with its potential has every reason to approach this clash with high expectations, but it had to be said, that they are in front of their greatest obstacle so far in the campaign.PSG, also, appeared quite well last time out in Europa, as they managed to win convincingly against Barcelona in the first leg in Spain with a one to four result, and pull out a draw in the second at home.In Ligue 1, the Parisians are currently at 2nd spot in the rankings, three points in deficit compared to the leaders from Lille, not meeting the expectations in the last round when these two clashed, as they suffered defeat at home.

Porto accomplished quite a feat in their Champions League campaign, as they were able to eliminate favored Juventus, after a very interesting and dynamic two matches.In the first leg, they showed great persistency and won with a two to one result, but came across some problems in Italy when they were forced to play extra time. They did lose this match with a three to two result, but they got awarded for great fighting spirit, having to play with a man less for the last forty minutes in the second halftime plus complete extra-time.

Chelsea didn't have any difficulties in winning over passive Atletico Madrid in the first leg.They did just enough to record a victory with a minimal result and appeared confident enough in London to confirm their place in the quarter-finals, as they were victorious once again, but his time with a more convincing 2:0 result.

Back in the Premier League, they are at 5th spot in the rankings, not appearing as they should in the last two matches, suffering a pretty convincing defeat last time out at home against underdogs from WBA with a surprising 2:5 result. 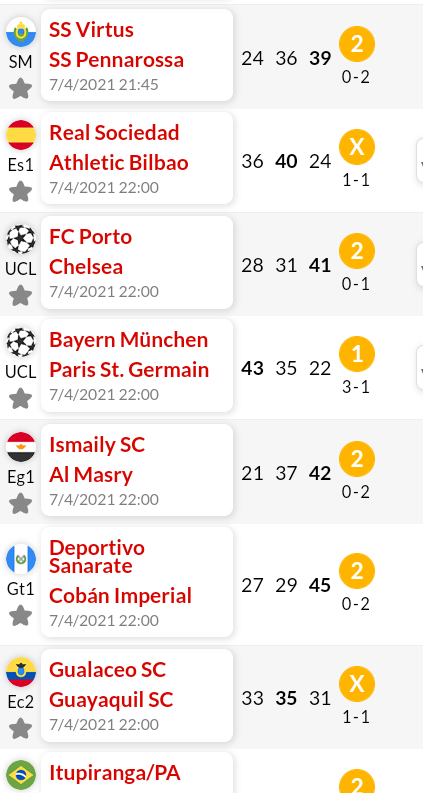