Arsenal earlier on today registered a disappointing result (2-1) against London rivals Chelsea who have now claimed the bragging rights of London being Blue. However, Arsenal fans were more worried about Thomas Partey who limped off in the first half following an aggressive tackle from Ruben Loftus Cheek. 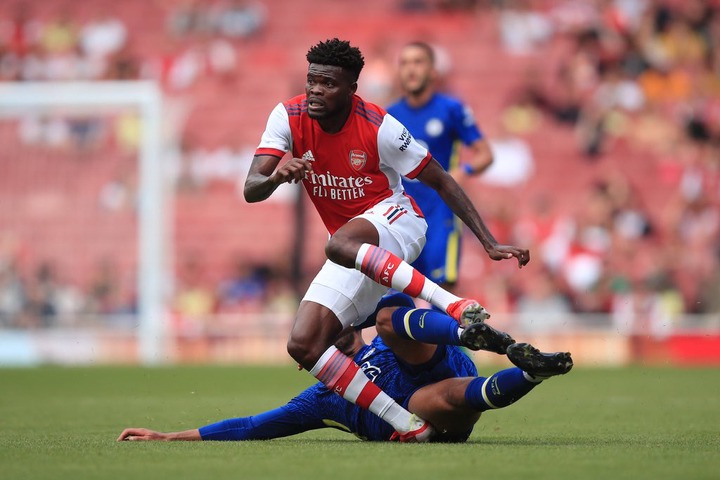 According to medical experts, Partey might have torn his ankle ligament which will consequently rule him out for about 4 to 6 weeks. Arteta nonetheless clarified that the injury was not too serious as presumed by some journalists and promised to give the media updates on any developments regarding Partey’s injury.

On Granit Xhaka, Arteta confidently announced that the 29-year-old will stay at the club because he is considered a very important player in the Arsenal squad. This follows after Arsenal surprisingly turned down AS Roma’s bid for the Swiss International and refused to attend other negotiations meeting for the player. 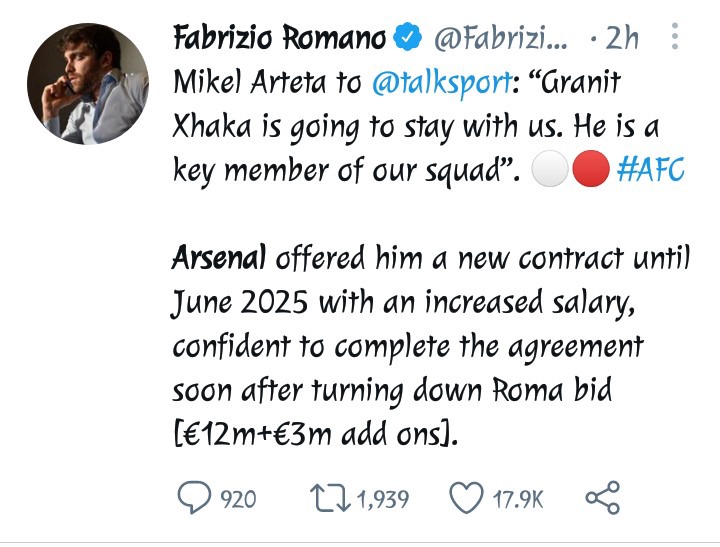 Granit Xhaka was immense in the game, coming on for injured Thomas Partey in the 35th minute. He scored Arsenal’s consolation goal by bolting a header past Kepa Arrizabalaga from a Nicolas Pepe corner. With this in mind, Mourinho will now have to set his eyes elsewhere as he seeks to keep his midfield air-tight before next season begins.

Bukayo Saka is still receiving tributes from Arsenal fans as was evidenced by the significant number of fans who donned the number 7 Saka jersey in today’s match. The youngster is still on holiday and is expected to join Arsenal tomorrow as he prepares for next season. 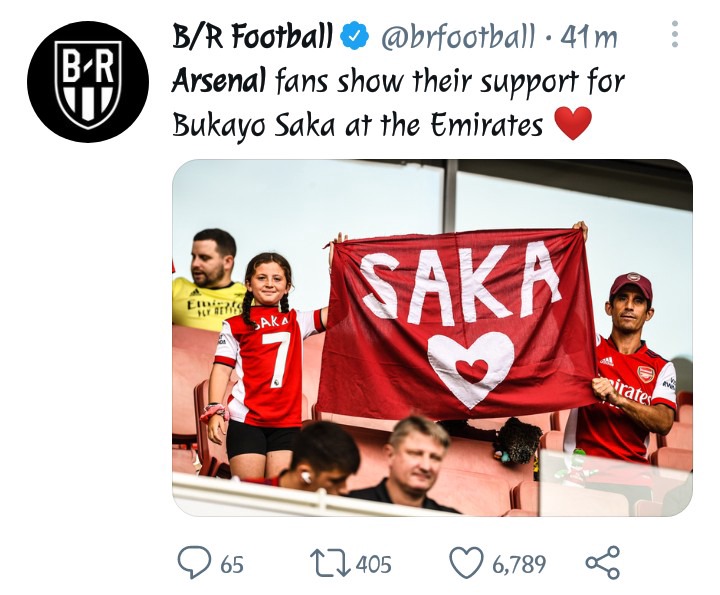