By SPECIALIST (self media writer) | 2 months ago 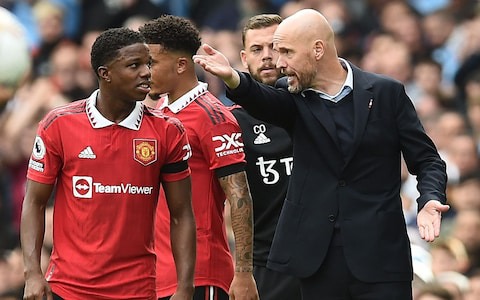 It's high time the united manager should know to differentiate on how EPL teams play, study their intensity and mode of play and decide on which type of player to be deployed. For instance much of the united mistakes rose in the Midfield giving the defense hard time until when Fred and casemiro were introduced in the second half who finally stopped man city harshness on Sunday. Ten Hag should consider the partnership of Fred and casemiro since the two have played together at the park in Brazil national team.

2. Starting Malarcia ahead of Luke Shaw.

Luke Shaw has more experience than Malarcia,. Despite the fact Malarcia is upcoming young defender, the guy could not good in driving the attack at the same time defending which shaw does. Manchester City used Malacia wing to demolish the red devils. After introduction of Shaw, United started going forward since Shaw has the capabilities to attack and defend. Luke Shaw started controlling the defense and helped in attack which saw United pressure rising yielding 3 goals.

Ten Hag should consider his midfield and defence if he needs to uplift this trophy.