By Winstonmokua (self media writer) | 11 months ago

Don't forget to follow me for more existing news every. 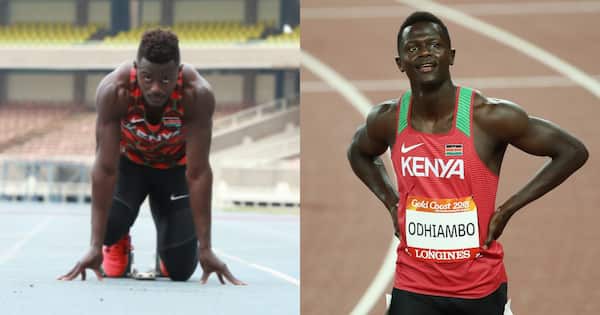 Kenyan 100m athletic Mark Otieno has opened up to strongly stop any claims of doping, hours after missing out on a chance to qualify for the men’s 100m semi-finals in the Tokyo Olympics.

As it had been reported earlier, Otieno was to be among 4 men’s 100 metres which was set to start at 1:45 pm on Saturday, July 31 but unfortunately had his name taken off the list.

Team Kenya had since launched an appeal for one of their only man in the 100m as they suspect there might be possibly been contamination in Otieno’s sample.

Amid shock and confusion on Otieno’s disappointment , the 28-year old issued a statement hours later to clear the rumors.

In his message , he said:“As we honour the process ongoing, I want to state and let it be clear that I have never been involved in doping of any kind,”

“My integrity as an athlete is paramount to me and I hold in great honour the opportunity I have been given to represent my country on this international stage, as I have done so many times in the past,”

“I remain hopeful in clearing my name from the list and continuing my athletic journey,” he finished. 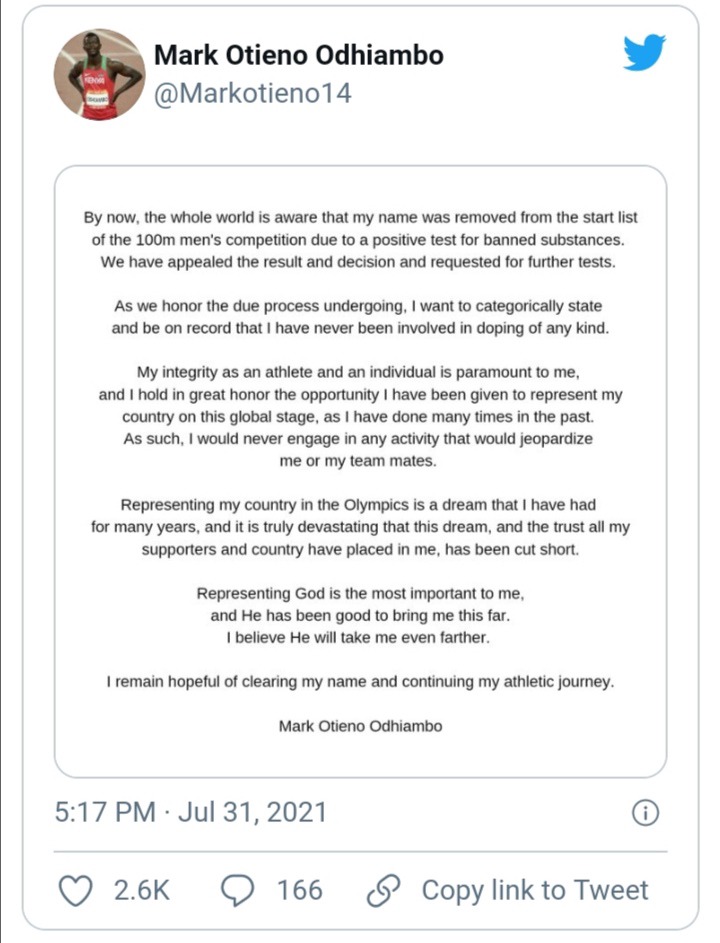 Sports personality Carol Radull, who has interacted with Otieno in many occasions in his journey, has also expressed her disappointment at the fact that he was suspended on doping allegations. 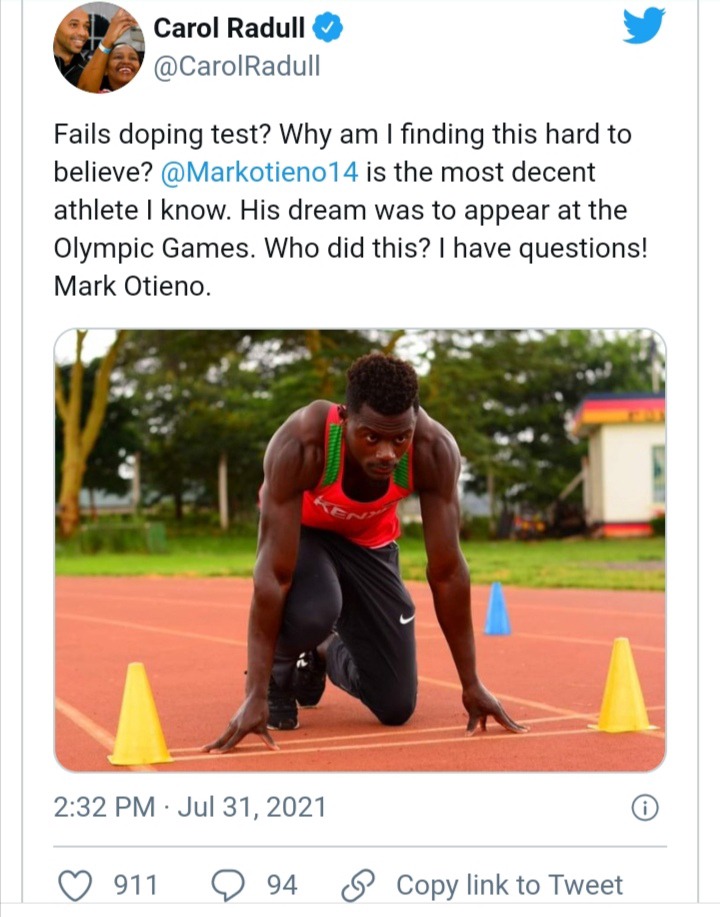 “Fails doping test? Why am I finding this hard to understand ? Mark is the most disciplined athlete I know. His dream was to appear at the Olympic Games. Who did this? I have questions,” she wrote on her Twitter.

In the test that was said to have been carried out on July 28, results allegedly came back and Otieno’s urine tested positive for an anabolic androgenic steroid.

Steroids have a similar consequences to testosterone and boost one’s performance, particularly in high-intensity races.

As it stands, Kenya’s only athletee in the 100m lies with Ferdinand Omanyala, who proceeded to the semis after an emphatic third place finish in heats.